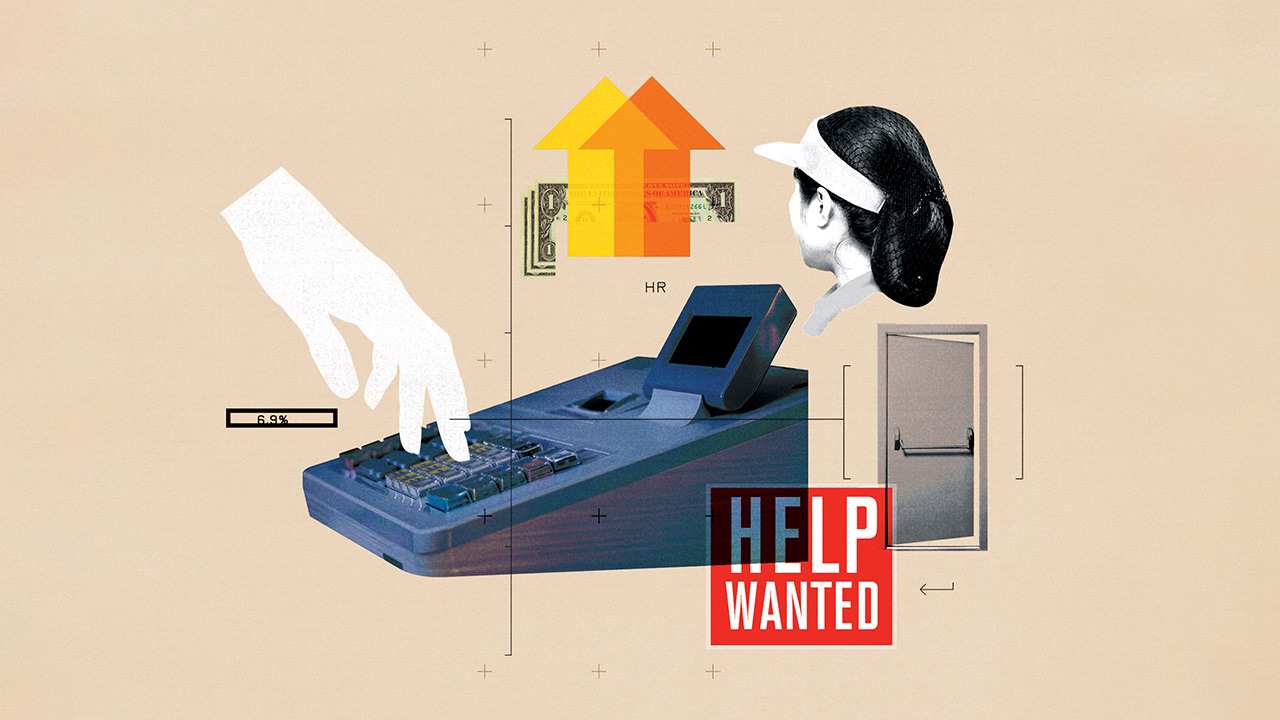 There’s no denying that the restaurant industry has suffered heavily since the beginning of the pandemic, but it outperformed the worst predictions. Some restaurants even came out as winners, and private equity investors are taking advantage of their growth.

“Full-service restaurants got hit the hardest and there is still some hesitation to dine indoors,” says Jason Abt, managing director in Houlihan Lokey’s consumer, food and retail group. “2020 was messy. 2021 was a real improvement. We’ve seen tremendous resilience. We expected massive shutdowns. Some predicted 20% to 30% closures, but it wasn’t that bad.”

This is a preview of a story that originally appeared in Middle Market DealMaker’s Spring 2022 issue. Read the full story in the archive.

This section of the report was illustrated by Stuart Bradford

Fast-food, quick-service and fast-casual restaurant concepts found a silver lining amid lockdowns and reduced foot traffic. They had the lowest percentage of closures and some managed to thrive by relying on technology, takeout and delivery—trends that were already underway before 2020 and that gained steam in the last 24 months.

Eating out, at Home

The number of restaurant M&A transactions was cut by about half since the beginning of the pandemic, according to Abt, who also notes that about a third of them are distressed. Still, there have been notable private equity deals involving successful restaurants with plans to further boost growth.

“Even prior to COVID, we were big believers that the winners would be those that were investing in technology, delivery and drive-through efficiencies,” says Alan Goldfarb, founder and managing partner at Orangewood Partners. “That fundamental shift that we were investing behind has accelerated during COVID.”

Taco Bell franchisees like Pacific Bells have been able to take advantage of Taco Bell’s in-house technology advancement that the chain used to adapt to lockdowns and grow during COVID. Goldfarb believes the focus on technology will persist and it remains a constant of Orangewood’s investment strategy.

Damon Chandik, co-head and managing director of consumer investment banking at Piper Sandler, says that for restaurants that have taken advantage of market shifts, margins have improved since the beginning of the pandemic. That’s due in part to increased technology adoption but also to expanded seating areas with outdoor dining.

Restaurants that have survived the pandemic have also been able to benefit from diminished competition thanks to restaurants shutting down. “I think COVID actually made parts of the industry healthier in the long run by clearing out some of the lower performing units that were taking some traffic away from other restaurants,” explains Chandik.

Sponsors and Strategics Turn up the Completion

Certain transactions saw soaring valuations in 2021, fueled by the sheer amount of capital flowing into private equity–there was nearly $2 trillion of dry powder in private equity as of January 2021–and driven by strategic acquisition activity in the space. For example, Restaurant Brands International, the owner of Burger King, bought Firehouse Subs in a $1 billion all-cash transaction that produced a roughly 20x valuation.

Public companies aren’t the only ones writing large checks. On the private M&A side, valuations have gone up across the board along with the rest of the market, says Kevin Burke, a managing director at Trinity Capital, a division of Citizens Capital Markets. He adds that franchises are typically valued between 5x and 10x EBITDA, while casual dining establishments garner between 4.5x and 7x. Quick service restaurants’ valuations are in the mid-teens.

One success story is an investment made in July 2019, when 10 Point Capital acquired a minority stake in Slim Chickens, a fast-casual chicken franchise. The brand, which started in Arkansas and has been expanding globally, had 85 locations at the time of the investment. It ended 2021 with 150 and plans to add 50 more in 2022.

“Our typical investment is a high-growth franchisor, typically founder-led, that has the franchise infrastructure and space in place,” says Tom Wells, managing partner and co-founder of 10 Point Capital.

Generally speaking, strategic acquirers have the ability to bid more aggressively in auctions because they have the advantage of already running restaurants and having an inside track on costs and P&L management. They also don’t have to worry as much about retaining or hiring new management teams.

That last point can also turn into an advantage for private equity firms competing with strategics. GPs can have the upper hand in certain situations where the target company requires that the existing management team remain in place. A PE firm can compete by offering better compensation for the management team compared to a strategic.

The obvious uncertainty, particularly for casual sit-down dining, is around foot traffic and its return to pre-COVID levels. Burke, for one, believes it will depend on the trajectory of the pandemic.

“Delivery certainly showed its strength and its utility to a lot of consumers but I wouldn’t count out sit-down,” he says. “People do want to get out, have dinner and not be rushed and not have to clean up. I think once we get through this, hopefully last, phase of COVID, we will start to establish permanent traffic patterns in the sit-down concepts.”

The other challenge that is impacting the industry is the labor shortage. U.S. restaurant employees have left the industry en masse, often because they are finding better jobs with higher salaries. Facing the Omicron variant in later 2021 and in the early months of 2022, many workers have also been forced to call in sick.

Private equity firms have addressed this problem by relying more heavily on technology and offering higher pay. Some firms like Orangewood have also focused on creating a more attractive work environment to lure quality employees.

When asked about ways to mitigate labor shortage and costs and to attract employees, Goldfarb mentioned that it’s essential to care about the people, and to make everyone feel that they’re part of a team and a fun culture.

“It’s very important to us that we create a team environment with meaningful and fun activities,” Goldfarb says. “We’re also spending a lot of time focused on helping the local communities, and employees feel good about that. We’re very involved in local, regional and national charities. We’re not just supporting the communities with capital, but we’re also providing warm meals to areas that are hard hit by COVID.”

Inflation in general is also contributing to higher costs for restaurants, but experts believe that consumers will adapt to rising prices when dining at their favorite spots. That, in turn, could contribute to further growth and a return to a buoyant M&A market this year.

Additionally, the Department of Labor found that the cost of groceries rose faster in the last 12 months than the cost of eating away from home, which would again benefit restaurants.

Even in an inflationary environment, private equity firms are confident restaurants remain an attractive sector to put dollars to work.

“You know you’re going to grow sales and hopefully grow profit,” says Wells of 10 Point Capital. “It’s a pretty compelling space, so I would expect to see a bigger year of restaurant M&A activity in 2022.”

Marine Cole is a financial writer and editor based in the San Francisco Bay Area.

Read the full story in the Spring 2022 edition of Middle Market DealMaker.