Agtech Presents an Opportunity for Patient Investors that Embrace the Niche 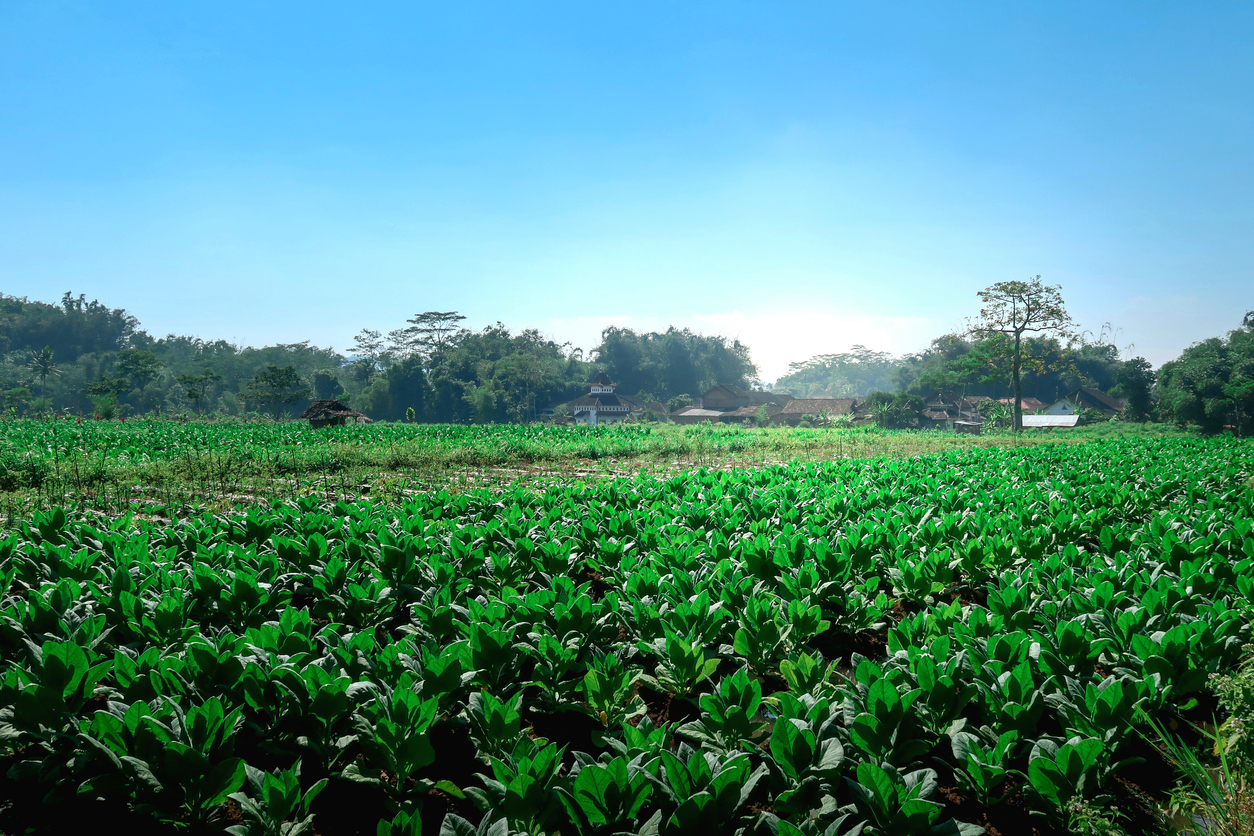 Agriculture, a market not traditionally viewed as tech-forward, has embraced the digital revolution, and investors are taking notice.

Agriculture technology, or agtech, is a particularly active space with investors today thanks to its versatility and variety, according to Tricia Salinero, managing director and head of technology within investment banking at Stout.

“Typically, and historically, it was a very thin-margin business,” she said in an interview with ACG’s GrowthTV. “What we’ve found over the last three to five years is that the digital transformation around adding sensors to fields, into the distribution and supply chain, and running analytics on top of these different processes has really given the opportunity for margin expansion within these businesses. And that’s made them more of a target for private equity.”

Through 2021, agtech investments saw impressive growth, nearly doubling between Q3 and Q4 to close to $4 billion. Separate analysis from PrecisionAg, an agriculture news website, found a combined $12.23 billion in agtech investing last year across 632 companies, with a 179% year-over-year increase in exits.

What’s important to note about the agriculture technology sector, says Salinero, is its segmentation across a variety of specialties. A search within Grata, a private company intelligence engine and ACG partner, revealed more 1,035 agtech companies in operation. Of those, 981 are privately held, and about one-third of them are headquartered in the U.S. Each targets a specific area of the market—from robotic and autonomous in-field machinery to financial software developed for farms. 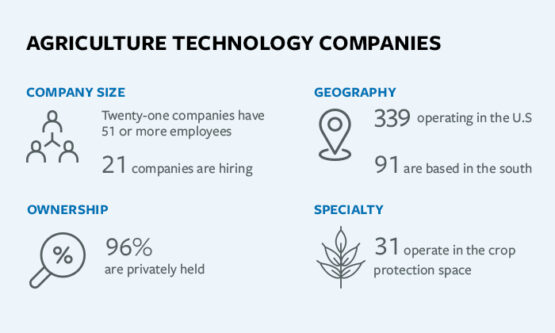 Crop protection technology is another agtech specialty, and the space in which Vestaron operates.

Founded in 2005, North Carolina-based Vestaron develops peptide-based crop protection products that overcome some of the largest hurdles in the traditional chemical pesticide space.

It’s a business with a clear value proposition for growers, says CEO Anna Rath, but there are unique challenges that come with a niche, technology-driven business model in the agriculture industry. For Vestaron, that means it’s important to weed out potential investors that are marginally interested in agtech from those with a deep understanding of biotech crop protection.

Crop Protection at the Molecular Level

The chemistry behind peptide-based crop protection is complex, but Rath breaks it down like this: Traditional, chemical-based pesticides rely on small molecules that easily bind and interact with other molecules, leading to negative side effects and health consequences, while also allowing for insect resistance to develop.

Compared to those small molecules, peptides are larger with more complex binding sites, meaning less unintended binding activity and fewer side effects. What’s more, the degradation of these proteins proves innocuous to surrounding creatures, whether they’re honeybees or humans.

Only a limited number of chemical modes of action – or ways that active ingredients work together to target and eliminate a pest – have proven their efficacy in the field, and there are just six specific receptors of an insect that are most important to target, according to Rath.

“Six receptors in an insect control more than 80% of the global $18 billion insecticidal chemical market, which means these are all multibillion-dollar drug targets,” she says. “Nobody thinks about it that way, but we do.”

Six receptors in an insect control more than 80% of the global $18 billion insecticidal chemical market, which means these are all multibillion-dollar drug targets. Nobody thinks about it that way, but we do.

Vestaron is “re-drugging” each of those proven insecticidal receptors with environmentally friendly and safe peptides, against which insects are unable to develop resistance.

Rath says Vestaron does not have a direct competitor in the market; rather, its most prominent challengers are those operating in the traditional chemical pesticide space. As such, Vestaron offers a clear value proposition to growers compared to its competitors.

While traditional pesticides require growers to wait as long as 10 days after spraying to re-enter the field to harvest, the safety of peptide-based crop protection means harvesters can re-enter the field on the same day, and the product can be sprayed even with pollinators present.

The product also negates the need for growers to measure pesticide residue in order to remain compliant with consumer health regulations.

“From a grower perspective, we price at parity with the leading synthetic chemical pesticides,” Rath says of Vestaron’s competitive edge. “Growers have these real-world labor savings and operational benefits. They have reduced risk of loss due to resistance. And then they can claim, and they can enable their customers to claim, a robust health, safety and sustainability approach to pest management because they are using such safe and environmentally-friendly products.”

Vestaron, whose team currently consists of about 60 people, released its flagship product, SPEAR, in 2019 to target high-value fruit and nut crops, and has already established a footprint in the market.

“If you have eaten a California-grown pistachio in the last year, there’s a 1 in 20 chance that it was sprayed with SPEAR,” says Rath. “We had just over 5% market share in pistachios in our second year in the market in 2021. We have now gotten to a point in our manufacturing, coming down our cost-of-goods curve, that will allow us to get into row crops starting this year.”

New products are coming down the pipeline with the addition of BASIN and DICTATE in the coming years, following EPA approval.

Partnerships with outsourced manufacturers are essential, as are those with distributors that can bring Vestaron’s product to growers. Collaborations with universities and regulators are another critical component to the company’s growth trajectory to streamline product testing, research and regulatory study.

Rath expects the company to grow about 50% year-over-year for the next several years as operations expand beyond the U.S. and Mexico and into Canada and beyond.

Still, Vestaron’s novel approach to product creation leads to its own challenges. Each peptide requires a different manufacturing process, for instance.

But perhaps its largest hurdle is simply convincing growers to try the product.

Data has proven essential to convincing growers and distributors to support these products, she adds—and to convincing investors of the product’s abilities.

The effort appears to be working. While Vestaron’s early investors were not able to support the company due to the length of product development outlasting the length of their funds, today the company has a diverse set of investors that understand the nuances of biotech in agriculture. Since 2018, that investor base has come to include Novo Holdings and Northpond Ventures. (Vestaron was the first agtech in

vestment for each of these firms, according to Rath.)

As Vestaron pursues FDA approval for its latest round of products, an SEC filing earlier this year revealed the company is also seeking to raise more than $100 million. Equity investors have so far committed more than $61 million of that fundraising goal.

Understanding a company’s business model, product and mission are vital to making the right investor match. For Vestaron, that means investors must have patience, and the resources necessary to support growth.

“They have pretty significant resources, both financial and in terms of the kinds of strategic partnerships that they can help us with, whether that’s introductions to potential grower customers, or introductions to potential manufactures,” Rath says of Vestaron’s current investor base. “And, most importantly, they are folks who are committed to this notion that it’s time for the agricultural industry to be disrupted, to be safer and more environmentally friendly—and that ours is the kind of technology that can do that.” 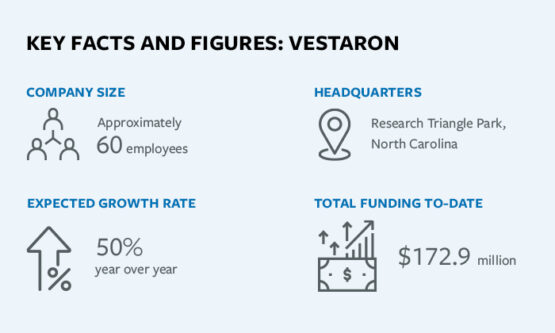 Anatomy of a Deal: Streamlining Due Diligence 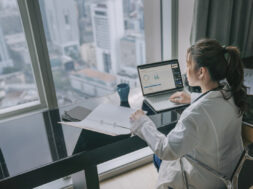 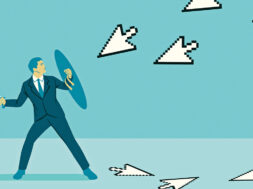