Peeling Back the Curtain

How dealmakers are assessing the impact of COVID disruption and new macro risks, while forecasting future performance in a time of uncertainty 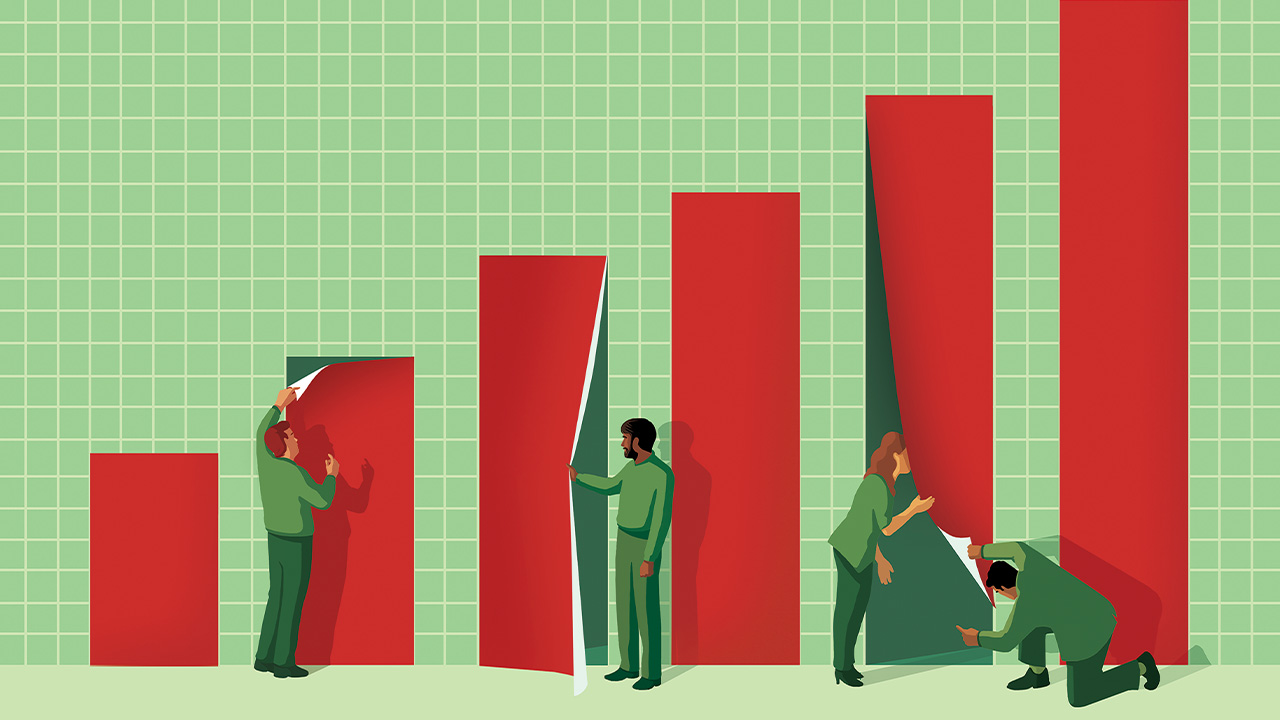 After record-breaking M&A activity these past two years, and as economies begin to reopen, businesses and investors are faced with fresh waves of uncertainty. For companies and general partners hoping to transact, these new concerns could put pressure on balance sheets and deal activity overall.

If companies and their bankers can position their story well and highlight a runway for growth, the pipeline for the second half of the year should be strong, barring any new macro uncertainty.

But if rising interest rates and geopolitical shocks continue to build precarity into the economy, it could spell trouble.

But First, the Data

This is an excerpt of a report that originally appeared in the Spring 2022 issue of Middle Market Executive. Read the full story in the archive.

“For most companies, the direct impact of COVID is behind them if they survived,” explains Sam Hill, managing director at middle-market investment bank Capstone Partners. “The market valuations will still be impacted when looking back over the past two years, but if they have recovered (or actually benefited), the impact will be less. There are just a lot of other factors taking precedence now,” he adds, pointing to supply chain issues, interest rates and inflation, and labor and energy costs.

A recent Citizens Financial Group survey saw middle-market executives point to the pandemic, labor market challenges and commodity prices as key challenges making it difficult to grow. In the first quarter of this year, the conflict in Ukraine also caused some businesses that were considering a sale or other transaction to move to the sidelines. According to data from Bloomberg, at least 100 companies worldwide have delayed or pulled financing for deals since the start of Russia’s invasion.

Even companies in industries that saw accelerated demand over the past few years are beginning to face some headwinds when it comes to closing deals.  Right now, investors are willing to sign on for stories that include growth of the customer base, future acquisition potential or new product offerings, but the narrative has to be strong and likely include more than one of these growth paths.

For companies that came through the past two years in a weakened state, successful deals are still happening if the business can show opportunities for operational improvements that will lead to better EBITDA numbers in the long term. Companies that lack either a growth story or a business optimization story could be headed for restructuring.

The ‘New Economy’ Holds On to the Lead

So-called “new economy” industries like business services; healthcare IT; and technology, media and telecom (TMT) continue to lead both in terms of deal flow and valuation. That’s unlikely to change.

In the Citizens Bank survey, 52% of executives expect valuations to increase in TMT this year, while 32% expect valuations in business services to rise. Companies that fall under this umbrella were able to shift to remote work and, in some cases, saw demand increase as businesses sought help with outsourced administrative services, a shift to remote work and virtual communications.

“The balance sheets are very strong across all of the sub-verticals that fall under business services,” says Larry DeAngelo, managing director and head of the Global Business Services Group at Houlihan Lokey. “I think if you see any slowdown, it will be a function of price. But if sponsors think they can grow revenue and create operational efficiencies, many of them are still willing to pay.”

If sponsors think they can grow revenue and create operational efficiencies, many of them are still willing to pay.

Companies with high commodities exposure, or those that require a lot of in-person workers, have been under pressure since the pandemic began, and that’s likely to continue.

“Supply chain problems have shown up in places a lot of people didn’t necessarily expect,” explains Thomas McConnell, a managing director at Capstone Partners. “The chip shortage has hit a lot of different industries and so you’re seeing big delays in product delivery, which impacts revenue.”

Aerospace supplier Incora, backed by Platinum Equity, is one example of a company that has been hit hard by abrupt changes in demand for airplanes and the inability to easily get parts. Platinum Equity recently secured a new financing arrangement for the company by swapping bonds that were due in 2024 for longer dated issuance. But, according to Bloomberg, it only happened through an aggressive practice known as “priming,” which puts some creditors ahead of others outside of the original terms of a deal. Either way, Platinum has insulated its position at least for the near term, but if Incora’s fortunes don’t improve soon, it could be difficult for the company to find an exit strategy.

Related content: Ukraine Crises Rattles Investor Confidence in Oil and Gas – But For How Long?

In the hospitality space, there has been some effort to buy up smaller hotels that have seen a significant drop in revenues over the past two years. Banyan Investment Group raised a $20 million fund at the end of last year to do just that. These transactions often happen at significant discounts, while many of the properties haven’t had consistent investment over the past two years and also cut back on housekeeping and staff. Investors are looking for hotels that can be fixed up reasonably cheaply, have a decent enough growth story as travel resumes, or that could be acquisition targets for strategic buyers.

If a deal is priced to perfection, sponsors start taking a closer look at what’s going on with product delivery and how much labor costs are going to go up.

Todd McMahon, head of investment banking at Capstone Partners, says the challenges faced by companies like these aren’t insurmountable, but it could take longer to get a deal done.

“If a deal is priced to perfection, sponsors start taking a closer look at what’s going on with product delivery and how much labor costs are going to go up. When those become long-term problems, you start seeing impacts to working capital, revenue and profitability,” he says. “That can limit what a buyer can do when it comes to operational efficiencies or business strategy. Sponsors largely still think the impact is going to be temporary from what we’re seeing, but you could see deals slow down if it starts to look like an ongoing problem.”

Looking ahead, 2022 could prove to be a Rorschach test for the market, even if deal activity remains elevated. So far, private markets have been able to skate around the big macro narratives impacting public companies. Yes, costs are up, but balance sheets are strong and sponsors are still willing to pay ever increasing multiples because they have money to put to work.