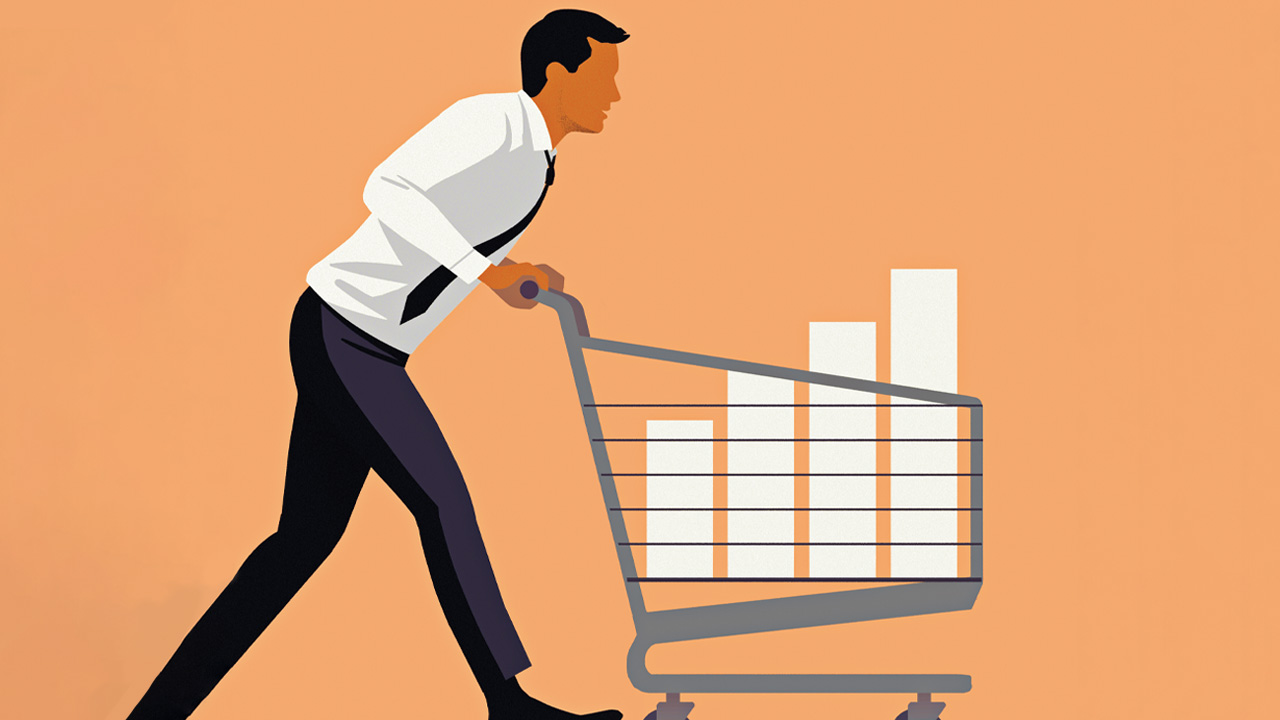 Even though news of these transactions may not hit the front pages, some private equity firms that have developed a take-private strategy say it can lead to a brighter future for certain companies.

This section of the report originally appeared in Middle Market Executive’s Summer 2022 issue. Read the full story in the archive.

Lauren Boglivi, partner and co-head of the global Mergers & Acquisitions and Private Equity Group at law firm Proskauer, has a positive outlook for these transactions over the next 12 to 18 months.

“Right now, stocks are trading at low valuations,” she says. “I’ve been speaking to a lot of bankers over the last month or two and most say their clients, both private equity funds and strategics, are asking about take-private deals.”

So, with the future looking upbeat for those interested in acquiring publicly traded companies, what are the best practices for finding a deal with take-private potential and growing a business after the transaction is finalized?

Right now, stocks are trading at low valuations. I’ve been speaking to a lot of bankers over the last month or two and most say their clients, both private equity funds and strategics, are asking about take-private deals.

S&P Global reports that the gross transaction value of global take-private deals with private equity involvement has increased significantly over the last several years. It rose to $223.4 billion in 2021, up from $37.42 billion in 2017. The number of take- private deals rose to 60 from 39 over that period.

One firm that has done three take-private deals over the last five years is Palo Alto, California-based HGGC, which has nearly $7 billion in accumulated assets under management.

HGGC partners Steven Leistner and David Chung handled the deals personally, and they say any potential public acquisitions must be evaluated through a dual lens. “If you think about what makes a desirable candidate from the PE demand side of it, you want to find companies that are fundamentally high quality that someone would want to own over a long period of time,” Chung says.

That recommendation is seconded by Boglivi.

“There is no question that in a take-private deal, you want to look at the fundamentals of the business and how is the business generally operating,” she says. “Are there reasons why you think that the stock has a lower valuation? Are there good reasons for it or is it just the economics of the market generally? The fundamentals are always important when determining whether you want to purchase a company.”

The supply of potential targets needs to be considered, too, according to Chung, who says it can be tricky to find the right public company at the right valuation that is also “actionable” as an available candidate for investment.

“Some really good public companies tend to trade at such high multiples that a buyer couldn’t pay an acquisition premium for it,” Chung says. “It would be (cost) prohibitive because folks like us in private equity are trying to generate an attractive return for our limited partners.”

Leistner and Chung call the sort of companies they focus on “orphans,” which they define as public companies that are operating under the radar of analysts and others monitoring the markets.

“It means that they have no meaningful institutional research coverage—because it really doesn’t pay for a Wall Street investment bank and their research analysts to cover certain stocks that don’t garner much trading interest. They just aren’t going to get paid enough to cover a certain company,” Chung says. “That’s one factor. Or it could be a very esoteric business without a lot of comparables. So you don’t get a lot of people trafficking in the information on that name.”

“Companies with several hundred million in revenue are considered micro-caps by the public market and generally receive very little attention,” Leistner adds. “They are viewed as risky and unstable because there is often not enough liquidity traded on a daily basis to attract the attention of institutional investors.”

That perception flips when such a company enters private hands. “Businesses of that scale and enterprise value and revenue are middle-market businesses, and they don’t have that same stigma or perception of risk,” Leistner notes. “In fact, they are viewed by many as healthy, high-quality businesses with happy customers and high prospects. It’s just a function of the capital markets being poorly suited for many companies of that nature, which is part of what contributes to this opportunity and approach.”

Leistner and Chung look for companies that have a good core business but may have made a misstep that can be corrected as a private entity.

As an example, they cite HGGC’s acquisition of RPX, a provider of patent risk management solutions, which the firm acquired in 2018 for $550 million in cash.

RPX had been in growth mode when it went public in 2011, but its stock dropped in 2017 after it acquired Inventus, an e-discovery business that automates documents in the discovery phase of litigation.

Chung says RPX’s purchase of Inventus was one of the key factors that drove down the stock price. “The Street didn’t like the fact that it was in a tangentially related business at best,” Chung says. “The market voted with its feet (indicating) that they didn’t buy the rationale for the acquisition and they didn’t like the price paid for the business, which was a double-digit EBITDA multiple—very high for e-discovery assets at the time.”

HGGC developed a plan geared toward helping RPX transform its business, using the same practice for other public companies it has acquired. HGGC fine-tunes the mandates it will follow during the due diligence process.

In the case of RPX, Chung and Leistner wanted to hone the company’s processes to better serve clients, sell off Inventus and fill gaps in the management team by, among other things, rebuilding the marketing and business development functions.

Chung emphasizes that HGGC does not enter deals with the goal of replacing the existing C-suite leaders. Instead, the firm wants to be sure the current leadership is suited to making the switch to a private company.

“You want to find a CEO and C-suite folks who can pivot their mindset from a public company mindset to a private company mindset, because they are different,” Chung says. “When you are a public company CEO, you are trying to deliver for your constituents and shareholders. What does that mean? Shareholders care about quarterly results. That leads you to solve for the next quarter.”

In contrast, he says leading a private company revolves around planning and solving for issues over the next three to five years. “It is a different set of muscles that you exercise,” Chung says.

The recent volatility and sell-off in the stock market creates a very attractive opportunity set for companies that may be better suited and better appreciated in the private market.

Going private provides other benefits for a company, and enabling executives to take on longer-term or more risky projects without pressure from shareholders who seek quick results. It also eliminates some of the red tape and bureaucracy that come with being a public company.

“Public company board meetings are very procedural and formal,” Chung says. “You have board meetings and committee meetings. There are certain things you have to do for regulatory reasons, which are based on convention. You also have directors who are a lot less informed and engaged in your business, so you spend a lot of time reminding them, ‘Here’s what we do again.’”

One of HGGC’s standard practices is to offer incentives to management to implement changes and to achieve success over a longer time frame. “Private equity has always had particular incentive structures,” Chung says. “One of the first things we always do is to put in place an incentive
structure that incents management teams to think over the long term rather than to think quarter to quarter, which builds alignment with our goals.”
Because of regulatory issues, Chung notes that a private equity firm can’t discuss potential management incentive changes until the transaction is finalized.

Since HGGC acquired RPX, Leistner says the company has experienced double-digit profit growth. “We are now able to reevaluate and say ‘Do we see new growth initiatives that stem from this nicely operating platform that we have?’” he asks. “We actually think that there is a potential to accelerate growth from where it is after having gone through a phase where we consolidated back to the core of what RPX does really well.”

Looking to the future, Leistner and Chung agree with Boglivi that the stock market’s slide is creating opportunities. “The recent volatility and sell-off in the stock market creates a very attractive opportunity set for companies that may be better suited and better appreciated in the private market,” Leistner says. “There is lots of capital available by private equity funds and other private investors. Public market valuations are at very depressed levels.”

However, inflation and rising interest rates could put a damper on take-private deal activity. “You have to buy them in cash,” says Boglivi. “And although the equity values of the companies are lower, it may cost a little bit more to get the financing.”

Keeping this potential hurdle in mind, Chung believes there are strong public candidates waiting to be found: “We think that the market volatility creates significant opportunity for companies that would appreciate the simplicity and focus of being a private business.”

Annemarie Mannion is a former reporter for the Chicago Tribune and a freelance writer who covers business.