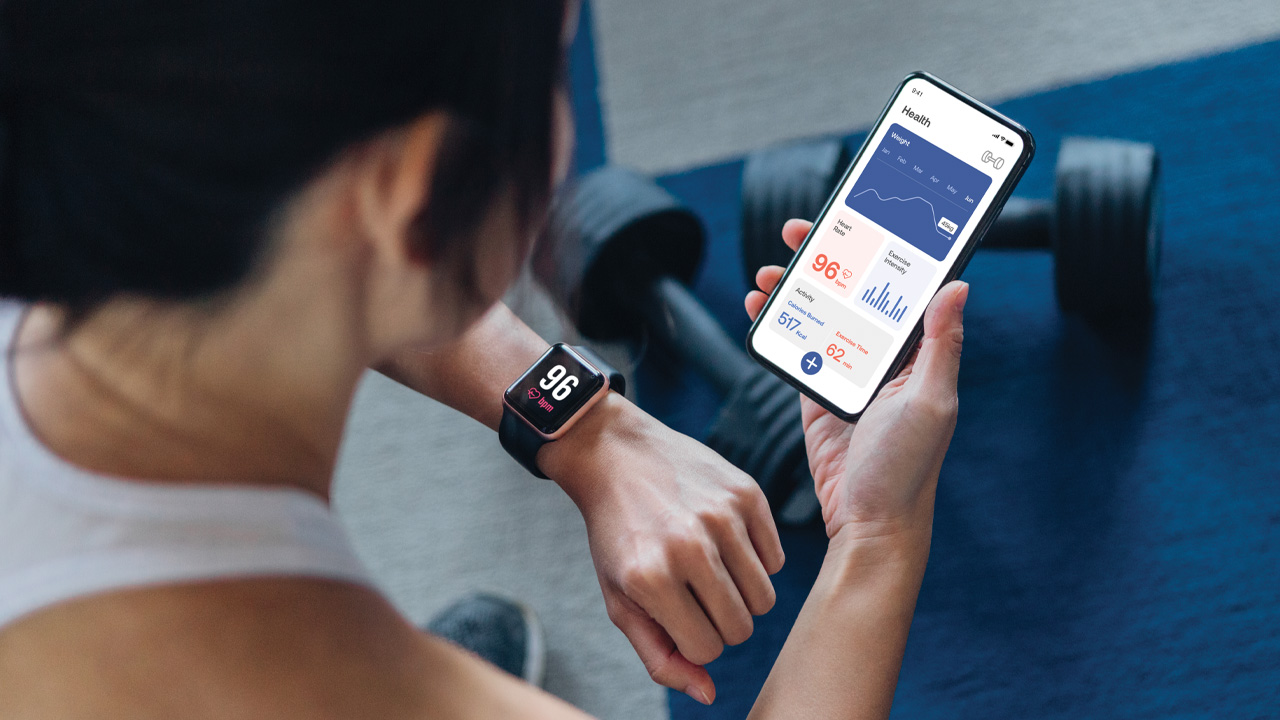 Among the many impacts of the COVID-19 pandemic is that people have begun focusing on their health more and tapping into a variety of methods to boost their immune system and manage their weight. As a result, there has been a flurry of M&A activity in areas like healthy food, vitamins and supplements, fitness apps and outdoor activities — and sector advisors say the trend is expected to continue.

One is that COVID has been particularly harsh to people with comorbidities, like diabetes, heart disease and obesity, so consumers began looking for ways to stave off these conditions in their daily lives.

For office workers, many of whom wound up working from home for extended periods, the lockdowns created more time to focus on their well-being.

This is an excerpt from a story published in partnership with Grata that originally appeared in the Spring 2022 issue of Middle Market Dealmaker. Read the full story in the archive.

“People that are preoccupied with living a healthy lifestyle are assessing what they can do while working from home,” says Kenneth Wasik, managing director and head of the consumer and retail practice at investment bank Capstone Partners.

In addition to consumer demand, there are a confluence of factors driving buyers and sellers toward one another. Some of the sellers are small and find it difficult to grow on their own. Many are also experiencing supply chain and inflation challenges that could be better addressed under a private equity sponsor or a bigger company. On the buy-side, some large food companies with struggling legacy brands are striving to stay relevant by acquiring modern labels.

“We see a lot of interest in the area. It’s trendy but it’s also a fundamental change in lifestyle,” says Juli Van Hook, head of sponsor finance at Stifel. She adds iInvestors like this sector because it’s recession resistant. 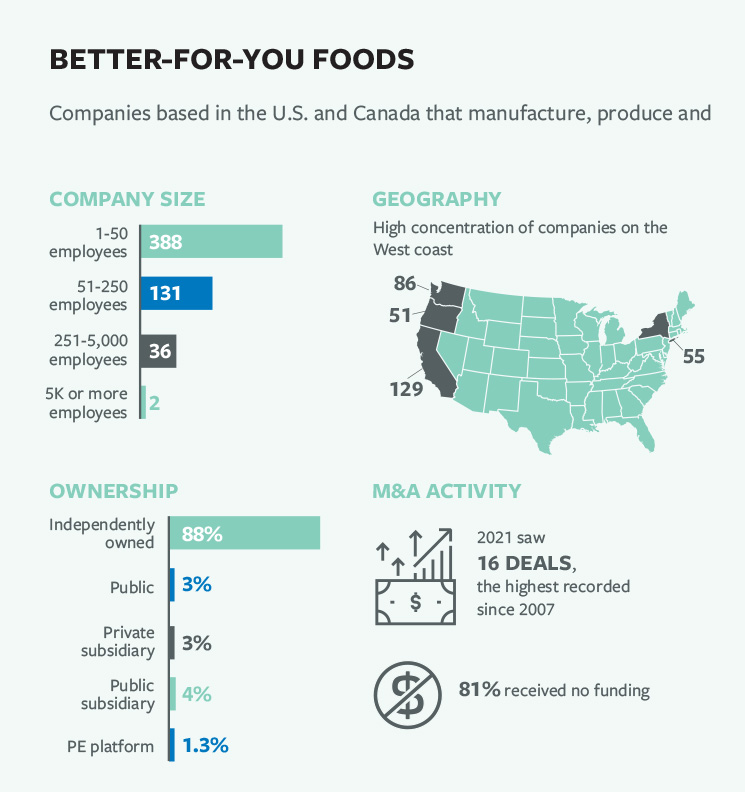 Many of the smaller “better-for-you” food companies have recently seen interest from large, strategic buyers. Hershel Gerson, a managing director and co-head of consumer investment banking at Roth Capital Partners, says strategics are increasingly coming down market to smaller companies: “It’s cheaper to get in early and they’re disrupting the private equity community.”

Still, there are drawbacks when it comes to selling to a strategic versus a private equity sponsor. One is that the brand and management team tend to get subsumed by the buyer and don’t maintain as much autonomy. “It does lose some of that authenticity associated with the brand under strategic ownership,” Gerson notes.

Strategics are trying to address those concerns by keeping key executives around longer. Primal Kitchen, which was acquired by Kraft-Heinz in 2019, continued to operate under its own name, headquarters and management team in California, for example. The company offers keto, whole30 and paleo salad dressings, marinades and other products. The acquisition by Kraft-Heinz was made as part of the food giant’s Springboard platform, which was launched in 2018 and is “dedicated to nurturing, scaling and accelerating growth of disruptive U.S. brands within the food and beverage space,” according to an announcement at the time.

Other large food companies have their own incubation platforms or venture capital funds to invest in up-and-coming brands. General Mills has a platform called 301 Inc., which seeks out “emerging food brands with a compelling product,” according to its website.

Strategic acquirers are also often willing to pay more than financial buyers for these companies, Gerson explains. “Private equity usually doesn’t like to go beyond 3x revenue, whereas strategics top out at 6x,” he says.

According to company intelligence engine Grata, there are 747 healthy food companies across the U.S. and Canada, 88% of which are independently owned. The companies usually describe themselves as “better- for-you,” organic or non-GMO. Last year, there were 16 deals in the healthy food space, according to Grata, the highest recorded since 2007. 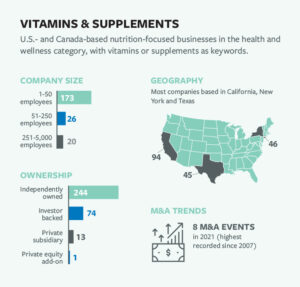 There has also been a flurry of activity in supplements, vitamins and fitness apps, with many of the supplement brands selling to large international strategics. Some of the recent deals included Bayer buying Care/of, Nestle and KKR investing in The Bountiful Company, and Unilever buying Onnit.

“There is a lot of action in supplements. People had more time at home and rethought their supplement needs,” Wasik says.

Grata research shows 332 companies in the vitamins and supplements category located in the U.S. and Canada, 244 of which are independently owned. About 52% of them are small businesses with under 50 employees. These kinds of companies saw eight M&A events last year, the highest recorded by Grata since 2007.

Fitness apps and at-home workout equipment are both attractive M&A categories, while retail is still challenged as clients haven’t fully returned to gyms. (Wasik notes that Peloton’s recent woes cast a cloud over the home fitness center, but he doesn’t think it’s justified.) 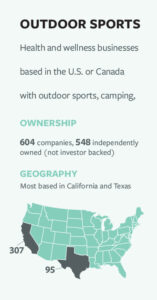 Fitness apps and equipment aren’t the only way people are getting in shape. Wasik says his firm is seeing a lot of M&A momentum in the outdoor activity arena, as many people began devoting more time to these pursuits while working remotely. Capstone currently has six mandates in the outdoor activities space, including two in hunting, three in high-end biking and one in auto aftermarket.

“Private equity is all over it,” Wasik says. Some businesses are struggling to scale, so a financial partner can be a big help. “What we’re seeing is a lot of companies who are tired of supply chain challenges and labor headwinds,” he says. Most of the businesses Capstone works with on a sell-side basis are independent and founder- or management-owned.

Grata data shows 604 companies in the outdoor sports space in North America that feature some of these keywords in their business descriptions. The majority of these businesses (548) are independently owned without any investor backing yet.

One of the challenges when investing in outdoor sports and other consumer businesses, however, is accounting for the “COVID bump,” Wasik notes. His firm often needs to assess whether the high performance driven by pandemic disruption, working from home and lockdowns is here to stay.

Related content: It’s the Small Things: Health and Wellness Gets in Shape

Wasik says his firm has two ways to analyze a company’s stellar performance during the pandemic. One is to determine whether the bump increased the company’s overall market share and whether that’s sustainable. The other is to look at the company’s historic performance pre-pandemic and compare it to how the company has emerged in a more normal environment. “You can’t extrapolate COVID, but you can determine if a company has gained market share that will put it in a better position, such as significant gains in direct-to-consumer, digital and alternative channels,” says Wasik, “so we can’t just sell off 2021 numbers.”

Still, he and other bankers think pockets of the health and wellness sector have staying power. “The companies, the consumer and the environment are all firing on eight cylinders. It’s a good time to make an acquisition,” Wasik says.