Post-Closing M&A Claims and Purchase Price Adjustments: Where Do They Stand Heading Into 2023? 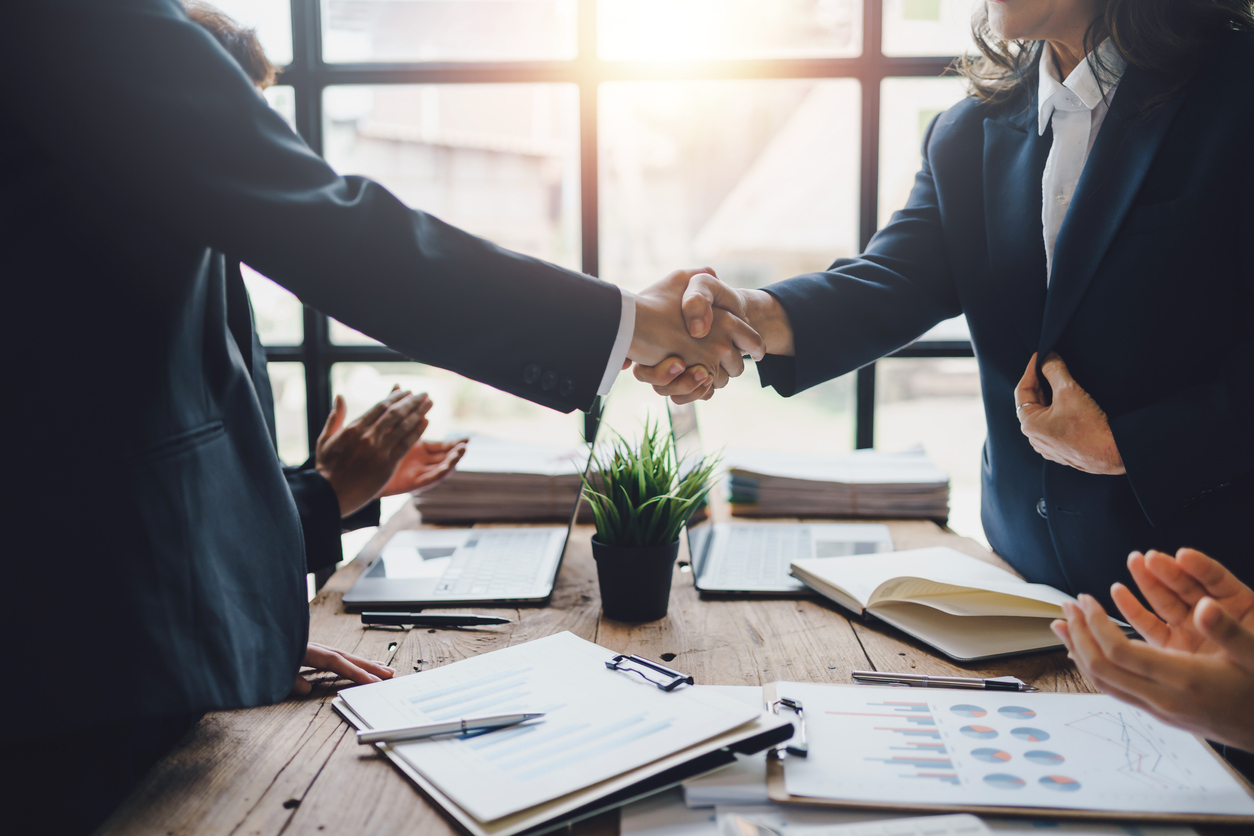 Post-closing indemnification activity calmed down during the record-breaking M&A market of 2021, according to the SRS Acquiom 2022 M&A Claims Insights Report, but private-target M&A dealmakers should consider the further implications.

Additionally, purchase price adjustments (PPAs) are close to ubiquitous in private M&A deals. Nearly nine out of ten deals with a PPA required a post-closing adjustment according to the 2022 M&A Claims Insights Report. Given the frequency of PPAs and potential risk of post-closing indemnification in a changing M&A market, it is imperative to negotiate clear provisions in M&A agreements and ensure the former securityholders of the target company have adequate resources to abate potential disputes between M&A parties.

It is imperative to negotiate clear provisions in M&A agreements and ensure the former securityholders of the target company have adequate resources to abate potential disputes between M&A parties.

The 2021 M&A market was ablaze with new deals marked by high valuations, strong competition among buyers, and rapid closings with less due diligence. According to the SRS Acquiom report, post-closing indemnification claims activity during that time (for deals that mostly closed during the pre-pandemic M&A market) decreased to 30% of all deals experiencing at least one claim, compared to 38% of deals in the previous SRS M&A Claims Insights Report released in 2020. The correlation of lighter claims activity during a robust M&A market provides insightful hints. When M&A buyers are busy with new deals or feel they paid a fair price for a target company, they may be less focused on making post-closing claims on their past deals. Of course, every deal is unique and claims activity is highly specific to the circumstances of the transaction.

The SRS Acquiom 2022 M&A Claims Insights Report also shows a notable increase in indemnification claims for breaches of the seller’s tax representations and warranties. Many of these tax claims are related to sales tax in state and local jurisdictions (e.g., voluntary disclosure agreements with local taxing authorities pursued by the buyer post-closing) and the employer portion of payroll taxes for compensatory payments made at closing (e.g., payments to option holders who are or were employees of the target company). Tax claims can be sizable, with nearly one in five tax claims exceeding $1 million. It is not surprising, therefore, that M&A practitioners are also reporting an increase in special indemnities and escrows for tax-related matters. 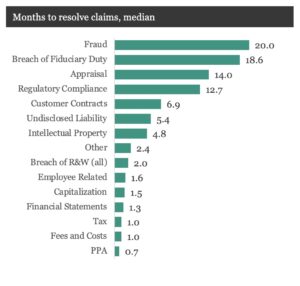 Our dispute resolution team who handle post-closing claims also experienced shorter resolution times for indemnification claims made on deals included in the 2022 M&A Claims Insights Report. The median resolution time dropped a full month, to 4.4 months compared to 5.4 months in the prior 2020 M&A Claims Insights Report. Several factors may be driving this trend, including availability and bandwidth of service providers, and parties that were less willing and motivated to pursue or defend claims. As we navigate the current M&A market and these dynamics reverse, we may see these resolution times increase again.

Impact of Representations and Warranties Insurance

The SRS Acquiom M&A Claims Insights Report focused on those claims made against the sellers directly, including those claims paid from indemnity escrows. However, M&A deals with representations and warranty insurance (RWI) can behave differently and sometimes even have unintended consequences for sellers. The current study shows 28% of deals with RWI experiencing at least one indemnification claim. This number likely obscures the amount of claims activity on deals with RWI when you consider that the team at SRS Acquiom does not see all claims made on deals with RWI (the buyer, who is almost always the named insured party under the RWI policy, will make claims to the insurer directly once the RWI retention has been met). This may translate into sellers having little to no transparency over how RWI claims are paid out and how quickly coverage amounts are being pursued or even exhausted.

Claims data from the RWI industry suggests that claims are made against roughly 15% of RWI policies. That does not tell the full story. A shareholder representative sees more claims on deals with RWI than those made against the RWI policy; one major reason is that SRS Acquiom often sees early, sometimes smaller, claims on deals with RWI as buyers seek to quickly exhaust the indemnification escrow and RWI retention amount (i.e., deductible). For example, on deals we serviced, nine percent of indemnification claims occurred due to breaches of the seller’s representations and warranties for capitalization. Capitalization claims often relate to a small number of security holders that were inadvertently left off the closing flow of funds, resulting in a smaller claim shortly after closing. These early claims can quickly burn through an indemnification escrow set aside by sellers, often resulting in the escrow amount being a sunk cost of RWI in addition to the premium amount paid at closing. They can also generate a significant number of issues for the sellers to work through even with the safety net of an RWI policy.

The presence of RWI on a deal can affect the buyer’s post-closing claims behavior, both mechanically and strategically, such as being more aggressive in assigning value to claims in an effort to quickly exhaust the retention amount to gain access to the RWI policy. For example, the buyer may be pursuing a large claim (e.g., 5% of the deal transaction value) alleging a breach of the seller’s representations and warranties related to its financial statements but must first meet the retention amount.

Sellers are often responsible for half of the retention amount, which is why the median size of the indemnification escrow for deals with RWI is 0.5% of the transaction value (the RWI retention amount is often 1% of the transaction value). In this scenario, the buyer is likely positioned for a large claim, hiring litigation counsel and engaging accounting experts, but the sellers are defending about 10% of the total claim, often represented by a relatively small general indemnification escrow amount. 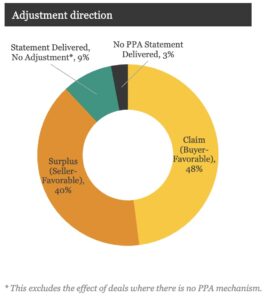 This mismatch in approach and drag on resources will often result in the sellers agreeing to release the escrow to the buyer rather than incur the high expense of defending their small portion of the claim. This strategy may ultimately benefit the buyer but puts the sellers in a difficult position.

The importance of a purchase-price adjustment mechanism in M&A deals is obvious given that 92% of deals in our latest 2022 M&A Claims Insights Report included a PPA. Nearly half of the deals with a PPA result in a buyer-favorable claim, which has remained steady for the last few years. However, what is more notable when comparing the 2022 report to previous periods is the increase in seller-favorable PPA surpluses, at 40% of deals with a PPA versus 29%.

The average size of an initial PPA claim (buyer-favorable) is 1% of transaction value and about 40% of PPA claims are contested. However, as the shareholder representative, SRS Acquiom has successfully negotiated these claims lower, reducing contested PPA claims by roughly $1 million on average. Usage of separate escrows for PPAs is also on the rise. While 61% of deals included in the report included a separate PPA escrow, that figure is now more than 70% for 2022 deals through the third quarter. RWI is a factor here, as well, with nearly 90% of RWI deals including a separate PPA escrow.

Looking Ahead & Being Prepared

While indemnification claims activity was down on a per-deal basis for those that closed prior to the fourth quarter of 2020, M&A dealmakers should prepare for a likely increase in claims activity for those deals that have closed more recently.

While indemnification claims activity was down on a per-deal basis for those that closed prior to the fourth quarter of 2020, M&A dealmakers should prepare for a likely increase in claims activity for those deals that have closed more recently, especially amid broader tumultuous economic conditions. In fact, M&A deal activity declined 17% year over year in the third quarter and aggregate deal value was down one-third. This shift in market dynamics may elicit increased indemnification claims.

Additionally, PPAs remain omnipresent on M&A deals resulting in widespread post-closing adjustments, as shown in the SRS Acquiom 2022 M&A Claims Insights Report. It is therefore essential that M&A deal parties continue to include thorough and clear PPA mechanisms and indemnification provisions, considering not only deal specifics but also current market conditions, for a smoother post-closing period.

Kip Wallen is a Senior Director leading the SRS Acquiom thought leadership practice. He leverages his extensive expertise and SRS Acquiom proprietary data to produce resourceful content regularly utilized by market practitioners. Kip has broad experience in M&A and provides guidance on market standards and trends. Previously, Kip was a Director with the SRS Acquiom Transactional Group, where he collaborated with clients and counsel to negotiate M&A documents including purchase, escrow, payments, and other transactional agreements. Before joining SRS Acquiom, Kip was an attorney with a Denver-based boutique business law firm where he assisted clients with M&A transactions as well as general corporate governance and securities matters. Kip received his J.D. from the Sturm College of Law at the University of Denver and an M.S. in Economics, B.S. in Economics and B.A. in International Relations from Lehigh University. He is a member of the Colorado bar.