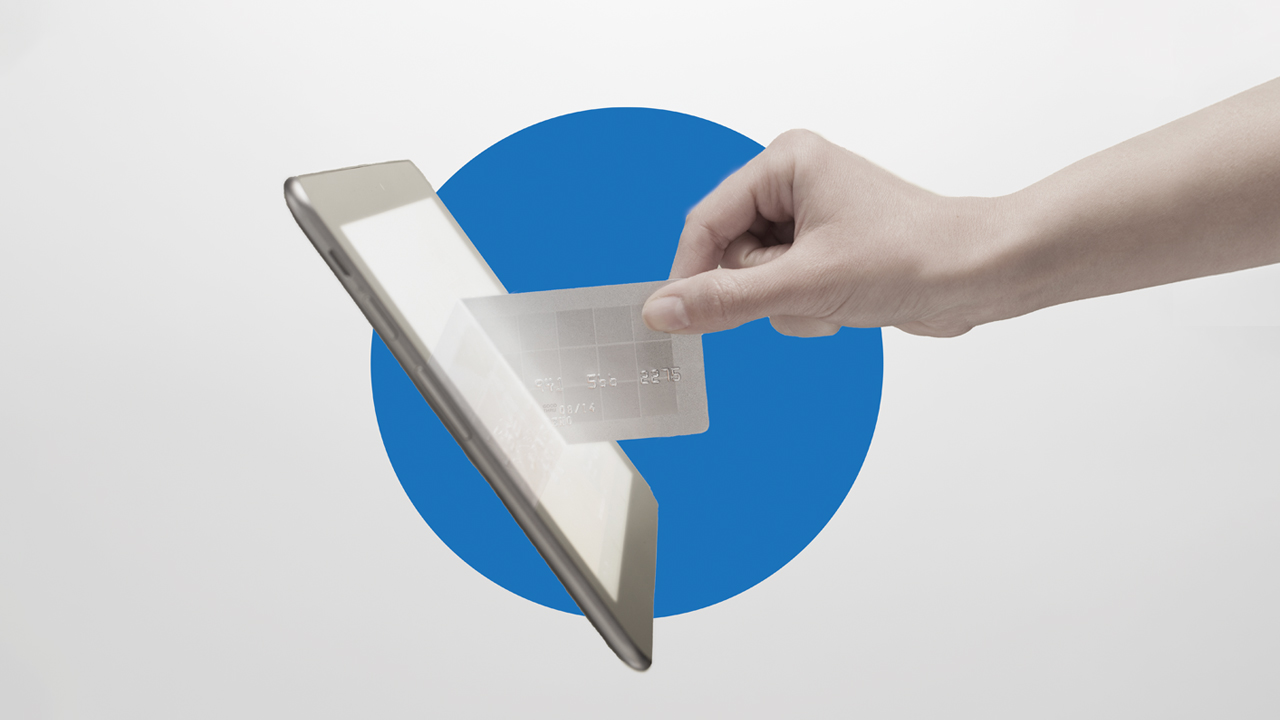 This article was published as part of Next Target, ACG’s partnership with Grata. It originally appeared in the fall 2021 edition of Middle Market DealMaker. Read the full issue in the archive.

As more companies adopt integrated payment technology, investors and other buyers are lining up to acquire them—part of a broader trend of growing investor interest in fintech.

Appetite in the financial technology space is also driven by shifting consumer behavior as so-called “buy now, pay later” platforms gain footing and generate new value for midsize companies. These businesses allow consumers to pay off a purchase over a period of time without any interest charged to the buyer.

There have been 125 M&A transactions involving fintech companies in the U.S. and Canada so far in 2021, the highest ever recorded in the software segment by Grata, a search engine for companies and a partner of the Association for Corporate Growth. The second-highest year for M&A activity in fintech was last year, with 102 transactions—nearly twice the volume as the year before.

Like many market segments over the last 18 months, some of the activity can be explained by the pandemic, according to Robert Freiman, a director in Houlihan Lokey’s Data & Analytics Group who focuses on financial technology and payments. Investors and their companies stepped up acquisitions to digitize functions like vendor payments and quickly build up e-commerce capabilities.

But the pandemic only tells part of the story. Companies and investors are also becoming more discerning in the types of payment software they implement at their businesses.

Only a few years ago, Freiman says, it was common for software providers to focus solely on processing digital payments—but that has changed.

“Gone are the days where [payment processors] can walk into a merchant or business and say ‘Hey, we can help you accept credit cards. Please sign us up,’” he says. “Now everybody accepts five or more forms of payment. So, the question is: What else can you do for my business?”

However, Freiman says success in payment processing is not only about having software with a lot of features, but tailoring it to fit certain market niches, like hospitality, nonprofits, or auto dealerships, for example.

Beyond their limited potential as an investment target, the key benefit offered by BNPL providers may come in the partnerships forged with companies.

Freiman adds that more acquisitions could be coming for integrated payment providers that service parking and legal services.

Market access may be another reason integrated payment services are attracting investor interest. The heated fintech market is driving up multiples. According to Brendan Ryan, the co-head of technology and services for investment bank Raymond James, it’s common to see high-growth fintech companies with multiples venturing north of 10x- 20x EBITDA.

Jim Douglass, a partner at investment firm Fulcrum Equity Partners, says he has also seen some areas of fintech, like person-to-person payment software, become out of reach for most private equity investors. He cites American Express’ purchase of Kabbage for $850 million as an example.

“It’s a big boy game now. There are large companies competing in those spaces,” Douglass says.

But the integrated payment industry remains relatively untouched and highly fragmented. According to Grata figures, 276 out of the 306 integrated payment providers tracked by the search engine are independently owned, and nearly half have no financial backing.

Douglass cites a figure from the Small Business Administration as the reason he’s optimistic about future investment potential for integrated payment providers: 30 million small businesses across the U.S. “That’s a lot of businesses integrated payments can reach,” he says.

According to Douglass, his firm is also carefully looking at integrated payment offerings that serve vertical markets.

In July, Fulcrum took a minority stake in a data company called Virtuous, which helps nonprofit organizations in fundraising and marketing with built-in payment processing. “That’s a great space for a fund like ours,” Douglass says.

But investors don’t need to acquire integrated payment providers to get value from them. One of Fulcrum’s portfolio companies, Kevel, announced in July that it would partner with the Swedish payment processor Klarna.

Additionally, Fulcrum continues to do business with a former portfolio company, Fattmerchant, which provides integrated payment services for several of Fulcrum’s software companies.

Consumers are shifting their habits when it comes to buying products on credit, and middle-market businesses could stand to benefit.

“Buy now, pay later,” or BNPL, offerings at retailers are a rising trend in the consumer products space. According to data from Adobe Analytics, these short-term financing plans saw a 215% year-over-year spike in volume in the first two months of this year.

In a BNPL transaction, a customer making a purchase at a retailer will enter into an agreement to pay off a product over a period of time—the most common duration is four months. When the time is up, the customer will have paid off the product, usually with no interest.

A BNPL provider typically makes money from interest paid by the retailer, which essentially takes out a small loan for the product. Despite those costs, it’s a worthwhile arrangement for retailers: If customers feel more comfortable buying an item with an interest-free installment plan, they’re more likely to buy more or pricier products. According to Adobe’s report, consumers are using BNPL plans to place orders that are 18% larger than in 2020. 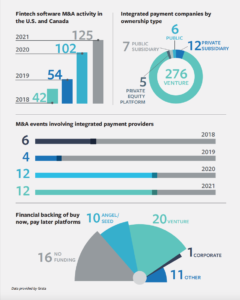 Custom Neon, a manufacturer of custom-designed LED neon lights and signs headquartered in Kansas City, Missouri, saw an even greater surge. After using multiple BNPL providers for its U.K. and Australia locations, the company found that the payment plans pushed its average sale price up by 23%—from $815 to over $1,000, according to the company’s co-founder and CEO, Jake Munday.

“We realized that customers were willing to purchase a higher sign value because they had the option to pay in more affordable installments,” says Munday, whose company has done design work for clients that include Coca-Cola, Facebook and The Grammys. “We have definitely seen an increase in revenue since adopting them.”

Custom Neon uses Clearpay in the U.K. and Afterpay, Paypal and Limepay in Australia. The company plans to add Klarna as the BNPL option for its U.S. customers.

As an acquisition target, BNPL providers may be immature for PE investors. While many companies are in the later stages of venture capital financing, none of the around 60 BNPL companies indexed by Grata have received investment from a PE firm.

Beyond their limited potential as an investment target, the key benefit offered by BNPL providers may come in the partnerships forged with companies.

Tal Riesenfeld, the co-founder of BNPL provider Sunbit, says the company has reached more than 8,000 locations nationwide since it was founded in 2016, and is adding more than 400 businesses and tens of thousands of new customers per month.

“We have been seeing exponential demand for our buy now, pay later solutions—especially as more businesses are seeing the value in offering their customers a flexible payment option,” Riesenfeld says.

Other financing plans exclude a large portion of customers because they don’t qualify. At Alfa Dental Management, a dental group with eight locations across Florida, nearly 60% of patients were denied financing for procedures, according to the company.

After Alfa began offering a BNPL option through Sunbit, that trend reversed and eventually financing approvals reached 90%. Within four months, Alfa saw more than $1 million in new revenue from patients who otherwise would have gone without dental care, according to the company’s CEO, Tom Tursonoff.

“Sunbit has filled a financing void that other financing options simply can’t, and it has given our patients access to treatment that we didn’t have before,” he says.

Coachella Valley Optometry began offering BNPL options for its patients with Sunbit’s platform this year. In less than three months, the company—with two locations in Southern California—increased sales by more than 66% and raised revenue by around $95,000.

“I only wish I found this tool sooner,” says Athena Brasfield, an optometrist and owner of the practice. 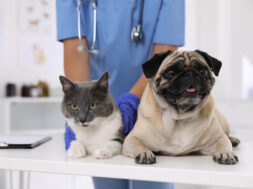 Putting the Pet Category’s Recession-Proof Reputation to the Test 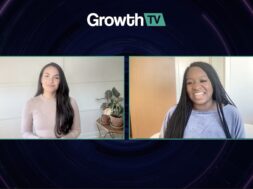 Saying “I Do” To Dividends: Tech-Enabled Opportunity in the Wedding Industry 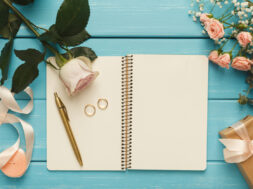