Tightening lending conditions, stricter requirements for deal insurance and changes to key deal terms signal where the M&A market is headed in 2023 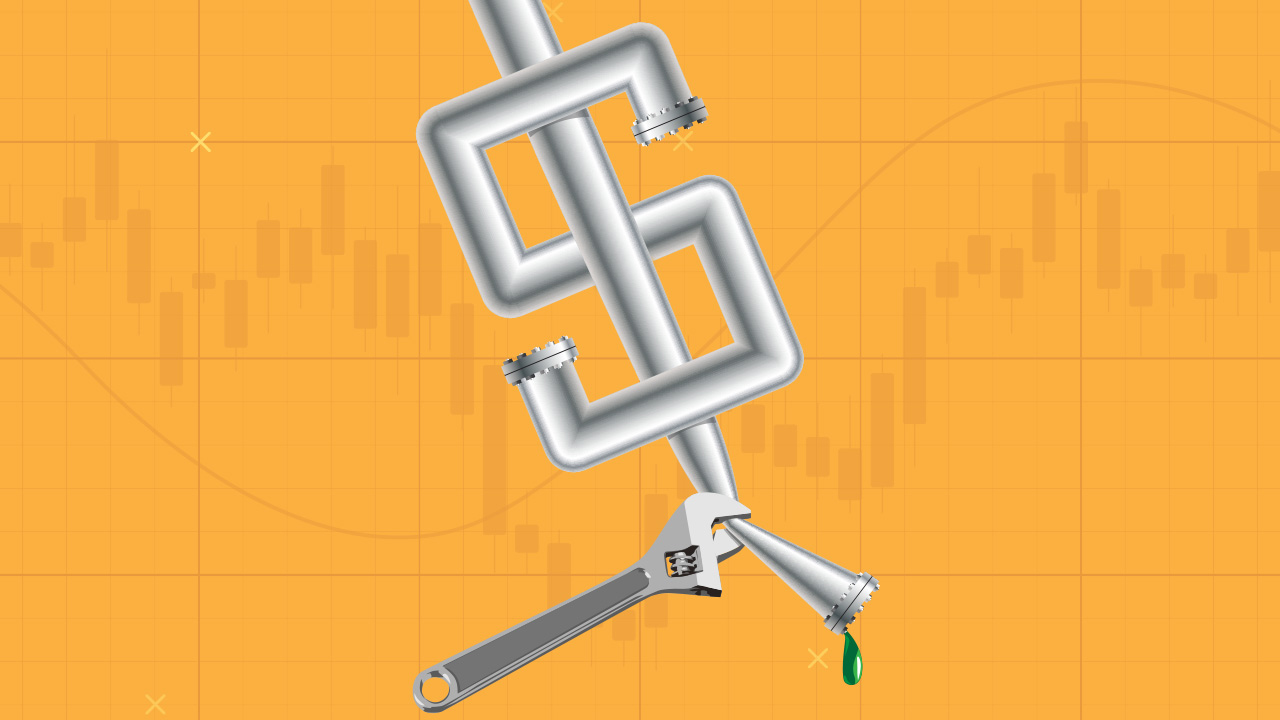 M&A activity had a slow start to the year in 2022. According to analysis from data provider GF Data, completed deal volume among its contributors was down significantly in the first three quarters of 2022.

They closed only 204 deals this year as of Sept. 30, compared to 296 deals for the same time frame last year.

Both sellers and sponsors pulled back in the first half of the year as economic volatility and tightening liquidity conditions made it necessary to add another layer of due diligence to transactions to ensure that portfolio companies could ride out a potential recession.

This section of the report originally appeared in the special edition Middle Market Growth 2023 Multiples Report. Read the full story in the archive.

Private equity data tends to trail by a quarter or more, but early indications from the second half of 2022 suggest that activity picked up slightly as both sellers and sponsors adjusted to new economic conditions and capital requirements—even as they contended with stricter covenants from lenders and insurance providers along with changes to key deal terms.

You’re certainly seeing lenders tightening up their terms. Credit spreads are moving up. Covenants are getting tighter. Leverage is declining in terms of what’s available from lenders.

Sources say that the appetite for dealmaking remains robust. “There’s plenty of dry powder that private equity funds have that they’re looking to invest,” says Brent Kulman, managing director for business development at Reynolda Equity Partners, an affiliate of Five Points Capital. “And the same holds true for credit funds that provide much of the debt capital that goes into financing these deals.”

Still, it’s not the same sellers’ market it was in 2021. “You’re certainly seeing lenders tightening up their terms,” Kulman notes. “Credit spreads are moving up. Covenants are getting tighter. Leverage is declining in terms of what’s available from lenders.”

Steve Ruby, co-head of origination at New York-based Audax Private Debt, points out that market forces are putting pressure on how much leverage is reasonable for a deal. “We underwrite to cash flows,” he says. “We do a lot of work on historical performance. If a company has been through a recession before, we’re looking at how that went.”

Ruby characterizes his team’s underwriting process as one that’s “very sensitive” to risk. “So you have that model coming alongside a rising rate environment where the cost of capital is going up and spreads are widening,” he says. “Those are pretty significant changes. We’re seeing leverage come down half a turn to a full turn. Pricing is going up, and in some cases yields are nearly doubling.”

Tightening liquidity markets are also impacting the due diligence process and extending the time it takes to close a transaction, according to Nick Gibson, a Chicago-based partner in the private equity practice at law firm Reed Smith. He notes that he and his colleagues are seeing deal timelines increase to 45 or 60 days, up from more like 30 days in 2021. He has also observed notable changes to buyer behavior.

“Last year, there were many instances of buyers going in without exclusivity, marking up a purchase agreement, and getting representations and warranties insurance fully underwritten before being chosen as the bidder,” he says. “What we’re seeing now is buyers are getting exclusivity more frequently before having to fully engage every aspect involved in due diligence, and they are also increasingly thoughtful in validating those diligence fronts, which is leading to longer deal timelines.”

Lengthy auctions and tighter liquidity mean companies that might have come to market in 2021 are facing more scrutiny. Kulman notes that M&A advisors are getting more candid with potential sellers about what their prospects are. “For the lower quality deals at this point, some of them are not even being brought to market right now. Advisors are telling sellers that their business might not be well received—that now is not the best time. So that’s part of where the slowdown is,” he says.

Against this backdrop, sponsors have a bit more power, and it’s beginning to show up on term sheets.

While the appetite for high-quality companies remains strong, those businesses aren’t necessarily going to sail through a deal. Large buyouts are under the most pressure as it becomes more difficult to use the syndicated debt market to finance a transaction. In the middle and lower middle market, private credit financing is proving to be more flexible but with some caveats.

“Over the past few years, even during COVID, walkaway deals were fairly common, and we’re seeing less of that now,” says Matthew Simpson, a complex transactions attorney at law firm Mintz, referring to deals where sellers aren’t subject to earnouts or other longer-term exit conditions. “Unless it’s a very, very attractive asset, there is just more tension in the market right now, and that kind of deal is less likely.” 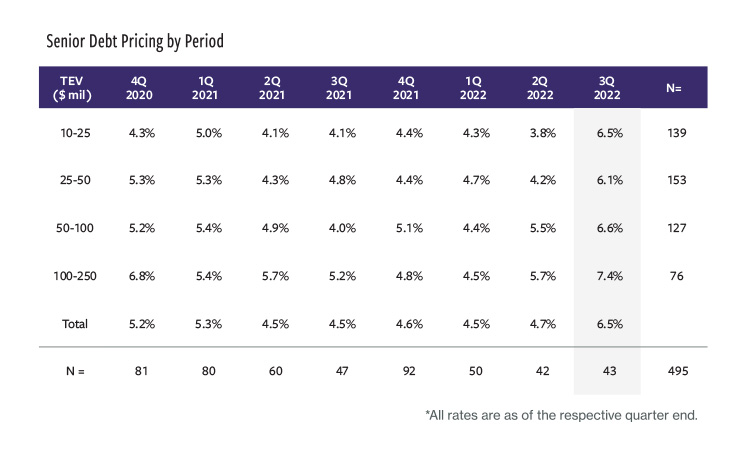 Simpson adds that he is talking to his clients about these dynamics and the prevailing valuations in today’s market, which he expects to persist into 2023. “There is still a bit of a disconnect between seller expectations and what sponsors are willing to pay,” he says. “I think that’s going to continue to shake out over the next year.”

There is still a bit of a disconnect between seller expectations and what sponsors are willing to pay. I think that’s going to continue to shake out over the next year.

In its Fall 2022 Key Deal Terms Report, GF Data noted that changes to key deal terms—including representations and warranties insurance, earnouts and indemnification caps—could be another harbinger for a coming drop in valuations. According to the authors, “buyers have become less accommodating” across those three deal terms, in particular. GF’s data shows a decline in use of deal insurance and earnouts in the first half of 2022.

The report concluded, “If recessionary conditions take hold and valuations recede in the fall, we will look back on this movement in deal points other than price as a leading indicator of that decline.”

Representations and warranties, a type of breach-of-contract insurance, isn’t just a foreshadowing tool for coming valuation changes; it’s also having an impact on which transactions move forward.

Known as RWI, reps and warranties insurance coverage is generally a bespoke policy that will cover claims if there are unforeseen costs that arise in a deal. There are benefits for both buyers and sellers. Buyers offering this kind of policy will generally accept a smaller deal escrow, which can lead to bigger profits for a seller. However, before issuing these policies, insurers conduct independent due diligence on a transaction to make sure they agree with the deal terms under consideration. Insurers then become sort of a check on a deal—if they don’t want to write a policy or the policy is very expensive, that can be an indication of risk.

Prices for these policies went up significantly in recent years because of the pandemic. They have since come down as COVID-19-related risk lessened, but insurers can still play a big role in deal flow.

“Insurance influences how we design our indemnification paradigms in a deal,” says Mintz’s Simpson. “Insurers are an important bellwether, and they are getting more creative with what they are willing to offer.”

He adds that recently he’s seen interim break coverage, as well as a greater push for intellectual property coverage, transactional tax insurance and contingent liability insurance. “To the extent that buyers and sellers can offload some of the risk via insurance, that’s going to drive transaction flow,” Simpson says. “But there are costs associated with it, and the due diligence has to line up.”

Asked about their predictions for RWI usage in 2023 in a recent ACG survey, 51% of middle-market respondents predicted more deals will use this coverage compared with 2022, while 31% said they expect it to be secured earlier in the process. Only 6% predicted that fewer deals will use reps and warranties insurance.

In an environment where a variety of stakeholders must sign off on a deal to get it over the finish line, some deal types are becoming more popular. There is also a greater willingness to seek bespoke solutions to help manage risk or reach an acceptable result.

Tuck-ins and bolt-ons—smaller deals that require less leverage and aren’t a full-scale buyout—are likely to drive deal flow, at least over the near term. “We’re still seeing some frothiness in platform tuck-ins,” says Kristian Herrmann, a partner in the M&A and private equity group at law firm Proskauer. “There is still a strong market opportunity to continue to build on platform investments with good fundamentals. The targets are out there, and it may be easier to come to terms on those deals in the current climate.” 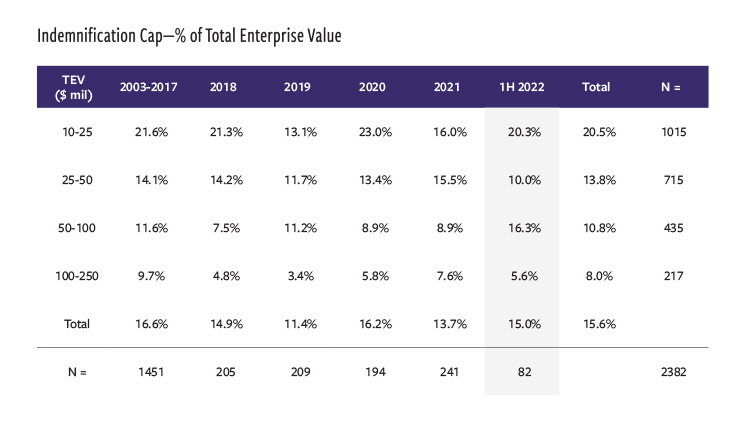 Mintz’s Simpson says that more sponsors may also pivot to a growth equity-type stance because they can get a feel for a company. “We have seen deals where valuations were coming in at levels from six months ago without flexibility on the price, and sponsors aren’t willing to pay,” he explains. “But you can get to a deal where, instead of an 80% control stake, a sponsor might take 30%, offer a liquidity event to a seller and then that sponsor is also positioned well if there is a buyout opportunity in one to two years.”

Whether it is with growth equity or some other type of solution, flexibility is likely to make both buyers and sellers more competitive when market conditions are this uncertain.

“There are a lot of dynamics at play,” Herrmann says. “If you’re a founder and you want to exit and you’re getting offered $80 million instead of the $120 million you wanted, you might still take that deal. If you can wait, you might wait to see if conditions change in the near term.”

Founders aren’t the only ones thinking this way—sponsors are considering these dynamics too, he adds: “Can they wait to exit? Can they do a continuation fund? The way that pencils out is probably going to be different for everyone and depends on their own particular circumstances.”