With storm clouds rolling into financial markets, debt providers are focusing on modeling downside scenarios for their portfolio companies 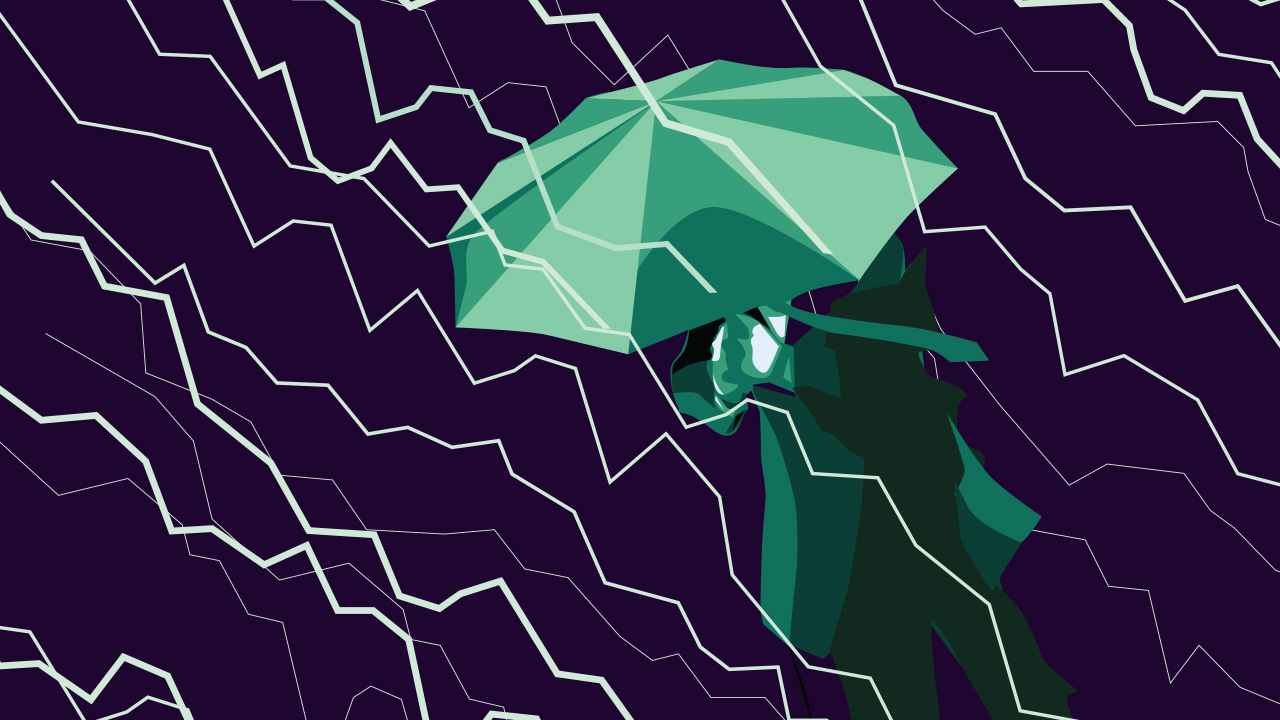 Both businesses and investors are facing a number of challenges, and credit availability is becoming scarce. With slowing growth and deepening inflation, direct lenders are screening their portfolio companies and potential new investments for risk.

“We started to put more emphasis on forecasting prior to the pandemic,” agrees Michael Ewald, global head of private credit at Bain Capital Credit.

This section of the report originally appeared in the special edition Middle Market Growth 2023 Multiples Report. Read the full story in the archive.

The firm is getting in the habit of asking, “How bad would things have to get for the company not to be able to stand a stress scenario? What’s your reason for that not happening?” Ewald adds that Bain Capital likes to run several downside scenarios on what would happen to the company if macro conditions worsen. Bain Capital has a macroeconomic group that works on modeling across the firm, including the private equity and credit departments. It was formed around the start of the pandemic and staffed with new and existing employees.

Some lenders are relying on the company’s sponsors to run their models. “Lenders are now spending a lot of time forecasting which companies might have trouble covering their fixed charge interest ratios,” says Matt Janchar, head of capital markets at private equity firm Berkshire Partners. “They’re calling us and asking for our cash flow models. A lot of the time, they will take our models and run their own scenarios to try to get ahead of where there might be problems next year.”

Related content: With a Recession Looming, PE Angles for Opportunities in 2023

Needless to say, lenders are being cautious around new investments. While deal valuations have held up so far, they are expected to drop next year. “Completed deal volume was down markedly in the first half of 2022, while valuations for mid-market companies acquired by private equity groups and other deal sponsors held strong at an average of 7.4x EBITDA,” according to GF Data’s Fall 2022 Key Deal Terms Report. GF Data tracks deals with $10 million to $500 million in enterprise value.

GF Data’s third quarter report actually shows an uptick in valuation multiples to 8.1x, though the report notes that some of that represents growth equity investments and recapitalizations, not fresh buyouts.

When asked how valuations in 2023 will compare to those of 2022, most respondents (57%) to an ACG survey* said they expect valuations to drop, with 34% saying they will stay the same and only 9% expecting they will rise. More than half of respondents (62%) said they don’t expect debt utilization in private equity transactions to rise next year.

A Tale of Two Halves

Several sources say the market’s perception of 2022 was that of a “tale of two halves,” with the first half of the year being busy with overflow from 2021. “In the second half, things took a bit of a turn with Russia invading Ukraine, energy costs rising and inflation worsening,” Ewald says. Some companies responded by increasing prices, a move that can perpetuate inflation. The Federal Reserve then raised interest rates, which led to pessimism in the market and a slowdown in dealmaking. “There are a lot more deals being pulled by the seller because of a price expectations mismatch,” Ewald says.

Janchar adds that it even looked like a “tale of two summers.” In early summer, volatility was lessening and access to capital was sound. But in early to mid-August, “there was an inflection point: It became clear that interest rates were going to keep rising and inflation was going into this self-perpetuating spiral,” Janchar explains.

With several large syndicate arrangements being pulled recently, including in deals involving Citrix and Brightspeed, the outlook for credit seems bleak. Weakness in the broadly syndicated market usually rolls downhill to the middle market in time, though direct lenders have some advantages. “The syndicated loan deals require ratings, meetings with investors, ongoing monitoring, whereas private credit firms can commit large amounts quickly and there is usually an intimate relationship and trust between a lender and a sponsor,” Janchar says. Some direct lenders are still willing to do new deals but are being extra cautious. 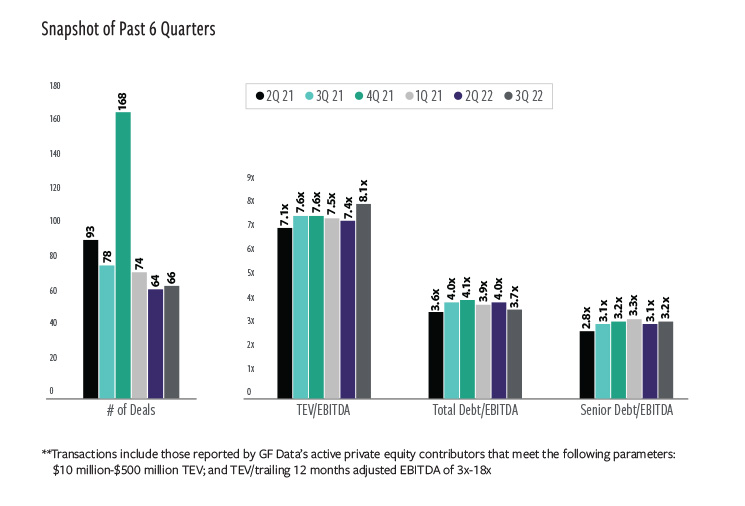 Multibillion dollar deals by direct lenders are becoming less common, and lenders are only willing to hold a small part of a loan. Whereas previously one firm would take on a $500 million to $1 billion loan for a single credit, they’re now willing to do $100 million to $150 million in hold size, Janchar says. This is leading to a proliferation of the “club deal,” where multiple direct lenders take on portions of one large loan. In times like these, there is safety in numbers. “Everyone wants a friend. They go to the investment committee and say, ‘Who else is in this?’” Janchar says. This sometimes creates headaches for the sponsors because they now must get multiple lenders to agree on the structure and terms of a deal.

According to NXT’s Denniston, average leverage has already dropped a turn or so to 5.5x from 6.5x last year across industries. If valuations go down next year, some say that would be a welcome change, as the sky-high multiples of 2021 shouldn’t be the norm. Ewald says leverage has come down somewhat, but it also depends on the industry: Leverage multiples could average around 6x in software and around 4x in industrials. GF Data shows a decline in leverage to 3.7x in the third quarter, down from around 4x last year and in Q2.

“So far valuations have held up, but deals have to actually trade to show new valuations, and many have gotten pulled,” Ewald says. With unusually high valuations in the past year or two, Denniston says he has worked on many deals that were financed with 60% equity and 40% debt. A normal deal would be the reverse of that ratio, so valuations coming down would normalize M&A metrics more. These might affect private equity returns in the long run but could also make exits easier.

Several lenders say they are avoiding cyclical industries like consumer, building products or auto in this environment. Others are looking forward to distressed and restructuring opportunities. NXT has a fully staffed work-outs group that hasn’t seen a lot of activity in recent years, but the firm expects that to change now. 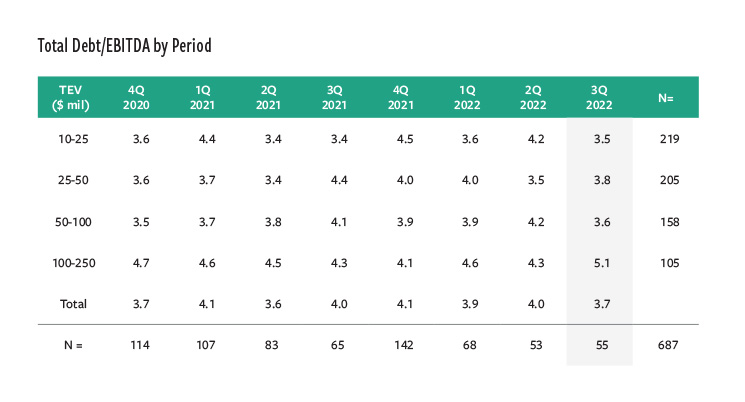 “There is nervousness around where the economy is headed but high-quality deals are still getting done,” says Brent Kulman, managing director in business development at Five Points Capital, whose firm manages a credit strategy as well as a buyout strategy that was recently re-branded as Reynolda Equity Partners. “There is more caution and scrutiny around cyclical businesses like consumer, building products and real estate.”

Sponsors are often coming to lenders earlier in a process to test the waters for leverage reads, says Kulman. Normally, sponsors would have everything buttoned up and just go to a lender once they were ready to submit a letter of intent. Now private equity investors are often going to a lender as soon as they receive marketing materials and asking what debt providers think before they submit an indication of interest.

No Need to Panic

Despite myriad industry challenges facing the market, lenders remain cautiously optimistic about the future. Some say that while many sizable new deals might not be happening, they will be working on add-ons in the interim. Kulman notes that the lower middle market is somewhat insulated from broader macroeconomic events and there are still motivations driving parties to transact, such as founders wanting to retire or platforms looking for smaller add-on investments. Indeed, 30% of respondents to ACG’s survey said they expect to see more add-on investments in 2023 than 2022.

Cherry-picking companies and sectors that are still healthy in this environment is another strategy. Quality companies are still going to market, although the competition for these assets—that are few and far between—is more pronounced, sources say. 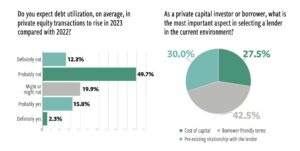 Some market participants question how direct lenders will fare through this downturn when many didn’t exist during the last recession in 2008. Most of the same lenders spun out of banks following the Dodd-Frank Act at the time, so they’re accustomed to managing credit, albeit at banks rather than private debt funds. The NXT team used to work together at other institutions, including Merrill Lynch. “We have the battle scars from the last recession,” says Denniston.

Some of the challenges arriving at lenders’ doorsteps have also been building for a time. The arrival of the COVID-19 pandemic took investors by surprise and many thought it was going to become detrimental to dealmaking. The damage wound up only affecting some businesses negatively for a short period of time, but investors were prepared to go to battle even then, says Ewald. “We thought everything would come to a screeching halt. We spent a lot of time blocking and tackling at the company level, and fixing capital structures in the face of lockdowns,” he says. “That collaboration will continue,” he adds, now that a recession is on the horizon.

“2008 was an existential crisis. Where we are now is a dramatic repricing of interest rate expectations,” says Janchar. “For 30 years, the market has been overestimating how much interest rates will come up. Now the market is floundering to adjust.” He thinks eventually things will balance out. Once interest rates level off and succeed in tamping down inflation, conditions for dealmaking should get better.

*ACG conducted a survey between Aug. 16 and Sept. 21 in which 171 respondents from the middle-market dealmaking and corporate growth community answered questions about their outlook for 2023.