GOP Rep. Jeb Hensarling Says He Will Retire at End of Term—Media

The Texas Republican and chairman of the House Financial Services Committee announced that he will step down after completion of the current term.

Jeb Hensarling, a Texas Republican and chairman of the House Financial Services Committee, on Tuesday announced that he would step down after completion of the current term, news outlets reported.

In his role as committee chairman, Hensarling—a Constitutional conservative—has been a leading voice in regulatory matters affecting the financial services industry.

“Today I am announcing that I will not seek reelection to the U.S. Congress in 2018,” the Dallas representative wrote in an announcement to his supporters, adding that “I have already stayed far longer that I had originally planned.”

The Dallas Morning News, in its coverage of the announcement, said Hensarling’s retirement comes as a surprise to some who had expected the congressman to take on more influential positions.

Deborah Cohen is the editor-in-chief of Middle Market Growth. 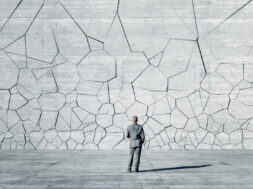