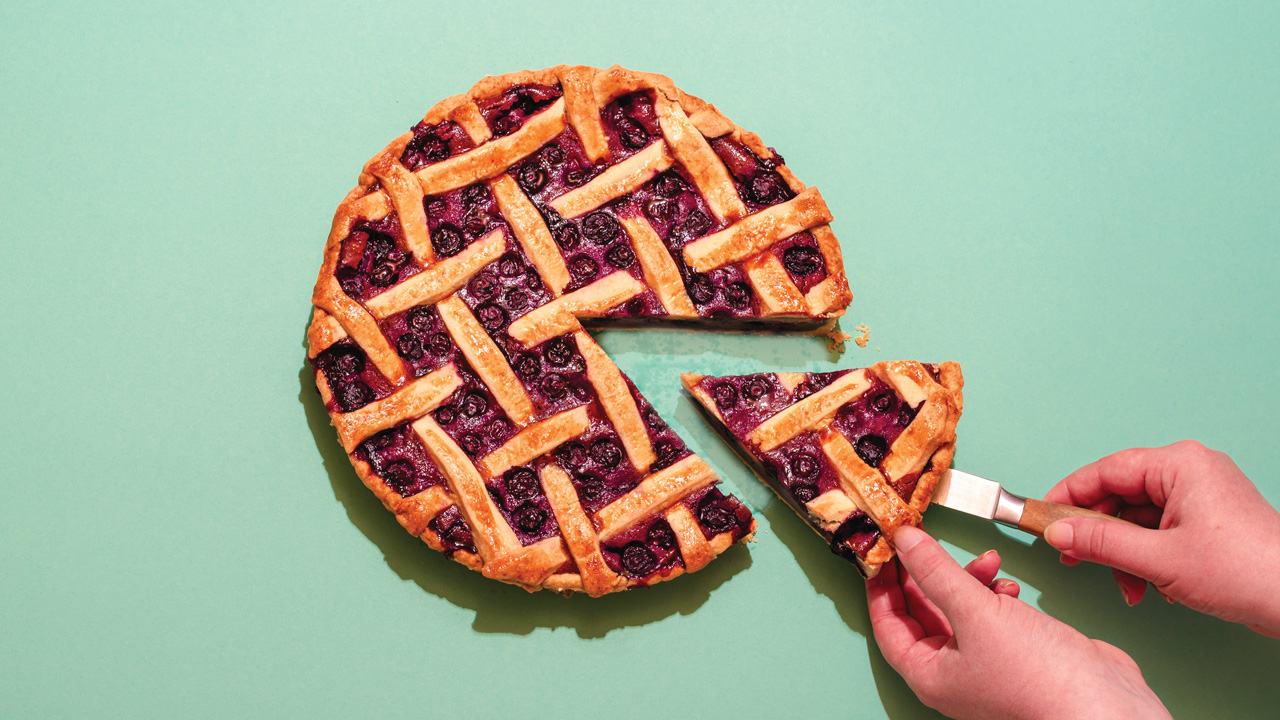 As deal activity ramped up in the past two years, both buyers and sellers found increasing M&A opportunities in corporate carve-outs.

Dealogic reported that 9,155 carve-out transactions worth $2.3 trillion were announced globally last year, a 67% increase in value over 2020. An expanding economy, rising company valuations and eager private equity buyers looking to make up for lost time contributed to the surge.

This section of the report originally appeared in Middle Market Executive’s Fall 2022 issue. Read the full story in the archive.

The macroeconomic picture today is less rosy, as corporations grapple with ongoing supply disruptions, rising interest rates and slowing growth, among other challenges. Yet rather than halting carve-outs, the adversity could motivate some companies to sell unloved assets that can flourish under new ownership.

Geopolitical turmoil, high inflation and supply chain challenges stemming from China’s ongoing lockdowns have put pressure on company margins in recent years. That pressure, in turn, is prompting leaders to look critically at their organizations, says Jelena Guzenko, who joined Schneider Electric this year as vice president of strategy and business development. She previously worked at Siemens and Siemens Energy and has executed multiple carve-outs since 2010.

“More strategics may be motivated to undergo restructuring and spin-offs, among other things, to free up more cash to finance investment in other strategic areas of growth for them,” she says.

While carve-out activity has not been as strong in 2022, it is still significant. A total of 3,837 deals worth $641.8 billion were reported between January and June this year, down 19% in volume and 44% in value compared to the first half of 2021.

A sampling of recent carve-outs in the middle market includes the August 2022 acquisition of Litmos, an online learning platform, by San Francisco-based Francisco Partners from SAP America. In another deal that month, New York-based Mill Point Capital acquired CrashPlan Group, a provider of cloud-based end-point data backup and recovery software. Earlier in the year, Atar Capital of Los Angeles completed a carve-out of North American Controls, a division of BorgWarner. Headquartered in Detroit, the business manufactures components used in the automotive industry.

Deciding What to Shed

While a low-performing division may seem like a natural candidate for divestiture, there are myriad other reasons why a company may decide to let go of a business unit. “Sometimes it’s a very profitable division, but it’s not part of the company’s core business or strategy,” says Dan Florian, managing director at private equity firm Sun Capital Partners in Boca Raton, Florida. “Or Wall Street believes that A and B divisions belong together, but C doesn’t. And even though it’s a good business and is well operated, the company believes it will get a good value for it today and the public markets will react favorably.”

In other cases, the U.S. Department of Justice may require a company to sell a division to dilute its potential market share to receive approval for a merger. Or a corporation coping with a revenue shortfall might want to bring in cash or pay down debt by selling a division or asset—especially if it can offload it for a premium.

“Recently, the economy has been quite frothy,” Florian says. “Valuations have been very high, so large corporations were saying, ‘We have this non-core asset within our business, an underperforming asset or an asset that just doesn’t fit, and now is a good time to sell it because everyone is paying high prices.’”

Although the economic outlook has dimmed since the dealmaking highs of 2021 and valuations have declined since the start of the year, Guzenko says it is rare for a business to sell its targets at any price in what amounts to a fire sale.

“Ideally, the target is identified at a moment of strength, giving the seller more power in the process and making it an ideal target, both for PEs, who will be interested in a target’s strong financials, and other strategics, who are potentially looking even more for its technological and strategic fit and the overall health of the company,” she says.

Even before Bed Bath and Beyond experienced its current struggles with restructuring and store closures, Denver-based Lion Equity Partners saw potential in several non-core divisions of the company.

During the height of the COVID-19 pandemic in 2020, Lion acquired two divisions of Bed Bath and Beyond—T-Y Group and Harbor Linen—both of which sell linens to hotels, cruise lines and other hospitality businesses. Lion combined those with Riegel Linen, a company the private equity firm already owned, and renamed it 1Concier.

“We went through an entire re-branding and repositioning of these companies that had once been non-core pieces of larger entities,” says Aaron Polack, principal and head of business development for Lion. “The combination of these three businesses has allowed us to scale, optimize operations and become well positioned in the marketplace.”

Polack says that even when the pandemic decimated the hospitality business, Lion didn’t lose faith in the deal.

“We believed hospitality would come back at some point, even if it was not 100% to what it was,” he says. “Additionally, we already had a business in the hospitality space, so we had a good foundation to bring these businesses together.”

Another non-core business that successfully changed hands from corporate owner to private equity is St. Louis-based Aclara Technologies, which produces smart infrastructure systems for water, gas and electric utilities. It was carved out and acquired by Sun Capital from ESCO Technologies in March 2014. “It was a smaller division,” Florian says. “It wasn’t as profitable or consistent. It was kind of a stepchild—an undermanaged, non-core division.”

The transition following the carve-out involved designating new leadership, including a new CEO, and instituting other changes. “They also had an engineering department that was bloated,” Florian says. “They had a to-do list of 100 things, but nothing ever got done. We went in with to-do lists of three things and said, ‘No one is leaving until those three things are done and then you get three more.’”

Analyzing areas for improvement was only one part of the transition. Sun Capital also needed to communicate with employees and ease their concerns about what new ownership would mean for them.

Those sorts of conversations took place in 2015 when Aclara, under Sun Capital’s ownership, acquired General Electric’s electricity metering business. Florian and a colleague from Aclara visited the company to meet with employees.

“Imagine working at General Electric assembling meters,” Florian says. “You were proud that you worked for GE for the last 30 years. Then you find out one day you work for Aclara, a company you’ve never heard of before. That’s a lot for a loyal employee to take in.”

For Sun Capital, messaging was a key step in helping employees feel comfortable with the transition from a legacy corporation to their new employer. “We take a lot of pride in communicating and spending time with every employee and really addressing the human element—the emotional element—of change,” Florian says. “These are human beings, not numbers in a model.”

Breaking Up Is Hard to Do

Along with employees, the various systems of the carved-out asset must also move from one owner to another. Extracting a target requires untangling the many different business functions—such as IT or human resources—that it shares with its parent company.

Germaine Gurr, a partner with global law firm White & Case who often advises on corporate carve-outs, describes a two-step approach that a parent organization should take as it considers selling a business unit or other asset.

“The initial step is identifying the assets that the company is looking to divest, and then specifically identifying where those assets are located. You need to figure out how they are connected to the business that is going to be left behind and what is the most efficient way, for tax and other reasons, to remove it as a separate business that can be sold,” she says.

Once a deal is underway, Gurr points to overlapping considerations across accounting, IT, tax, finance and legal that can add complexity. It’s critical that sellers understand and communicate these issues and how they intersect, she says, to give the buyer a full picture of what it’s purchasing.

“Coming across as really understanding the business you are carving out and addressing any interconnected issues will be key to giving the buyer the comfort that this business, that was part of a larger entity, can function on a standalone basis, either shortly after the acquisition or immediately after it, and there are no additional costs they are going to have to foot to make it a standalone business,” Gurr says.

A critical part of the handoff from the seller is the transition service agreement, or TSA, which establishes the services a seller will provide to a buyer, such as accounting, IT and human resources, and at what cost. A TSA specifies the conditions of the transition until the buyer can establish these departments on its own. Terms of these agreements often vary in length of time from about six months to two years and cover the ins and outs of how business operations will transition.

“These are agreements to help a business move off of shared systems like ERPs (enterprise resource planning systems), communicate with customers and transition employees,” Polack says. “TSAs facilitate the transition of a corporate carveout. It allows the new owner to set up the business effectively and minimize disruption.”

If all goes as planned and the transition is successful, the carved-out asset has the chance to thrive under new ownership.

1Concier, for example, is performing well, according to Polack. “We continue to win new customers and deliver high-quality products and services to our existing account,” he says.

For more than three years as a Sun Capital portfolio company, Aclara continued to grow and improved its market position through other add-on acquisitions of complementary businesses that were also carve-outs from corporate parents. Aclara was sold for $1.1 billion in 2017 to Hubbell Power Systems, a wholly owned subsidiary of Hubbell Inc.

My prediction is that recent Fed hikes, stock market volatility and other macro nuances are putting pressure on corporates to proactively review their portfolio and optimize their holdings with potential divestitures.

As Florian puts it, “We went from a sleepy, undermanaged company that was thought of as reliable but not innovative to a very reliable and innovative partner to utilities.”

Looking ahead, there’s a good chance many other businesses could find themselves passing from corporate ownership to private equity. Florian notes that if economic growth continues to slow, some corporations could see less cash coming in.

“This could lead to more carve-outs, especially for companies carrying debt that will see their leverage profile increase and look to sell assets to pay down debt,” he says.

Polack, too, thinks it’s likely that carve-outs will flourish in the coming year.

“My prediction is that recent Fed hikes, stock market volatility and other macro nuances are putting pressure on corporates to proactively review their portfolio and optimize their holdings with potential divestitures,” he says.

The robust M&A activity over the past two years could also play a role in increasing divestitures over the next 12 months. Polack adds, “As the dust settles on many of these acquisitions, corporates will continue to prune non-core pieces that might have come with these transactions.”

Annemarie Mannion is a former reporter for the Chicago Tribune and a freelance writer who covers business.