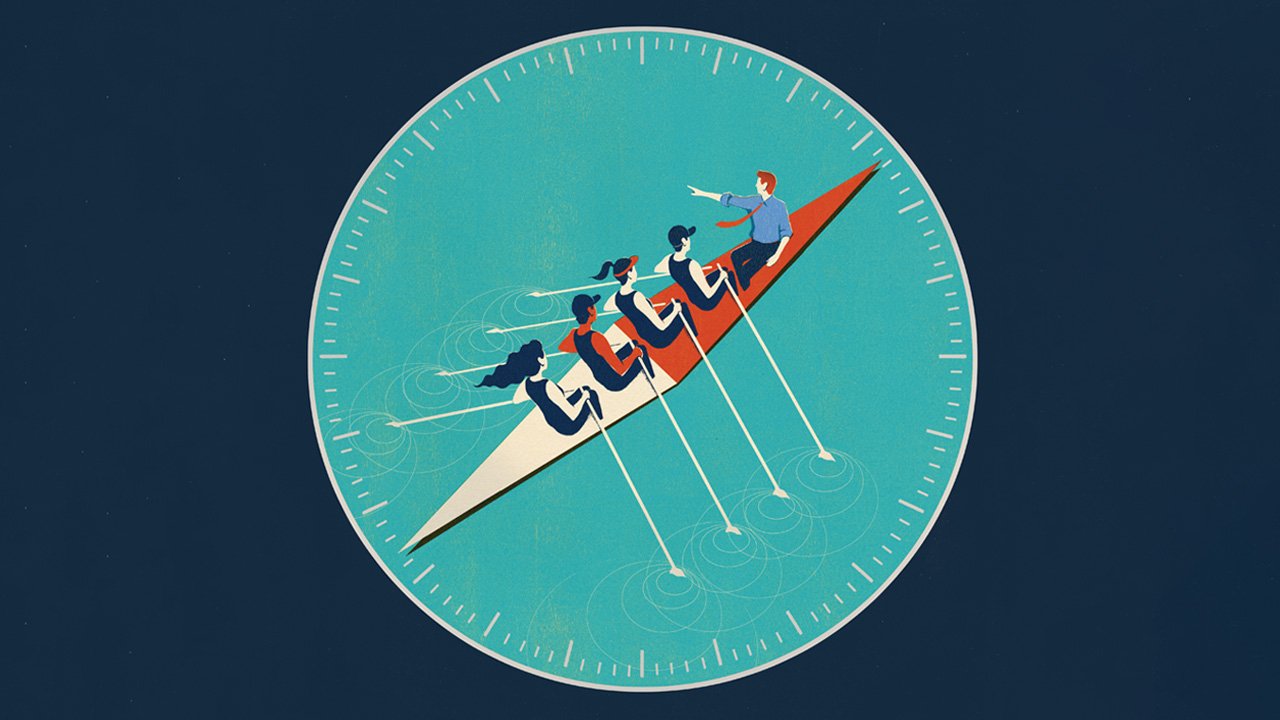 Increasingly, middle-market private equity firms are creating pools of talented leaders, known as “executive networks,” from which they can hire people into leadership positions at the businesses they invest in – before a transaction closes. This tactic proves management isn’t always an afterthought. Indeed, middle-market firms are finding that this approach gives them an edge.

The reliance on strong leaders has become a way to generate value in a business. Having strong leadership in place from the get-go can mean growing portfolio companies from the day the deal closes, and having a management team able to keep up with the fast pace of post-transaction operations. In many cases, these executive networks also unlock new investment targets and opportunities that are not yet public.

This is an excerpt of a report that originally appeared in the Spring 2022 issue of Middle Market Executive. Read the full story in the archive.

Here’s how middle-market firms are using their executive networks, finding the right leaders and compensating talent for the value they bring to portfolio companies.

Middle-market firms often expect operating partners to take a more hands-on role in building executive networks in order to find the right talent to lead portfolio companies, even if the firm doesn’t have a dedicated chief talent officer.

That’s the case for Five Points Capital, a private equity firm based in North Carolina. In March, it hired a new director of business development to help build out the firm’s executive network, supplementing the work done by Brent Kulman, Five Points’ managing director of business development, over the past 16 years. Those networks, in turn, have helped Five Points zero in on potential deals within its chosen industry niches.

Kulman says the hire allows the firm to discover niche categories within the B2B services sector it typically targets and identify opportunities that may not yet be on the market – both of which are key in today’s competitive market, shifting towards specialized sourcing.

“The days of investment bankers taking a broad approach to marketing businesses are behind us,” Kulman says. “By bringing on people into an executive network and sharing those relationships with the intermediary community, it helps us to get looks at deals that are not going to be broadly marketed.”

The days of investment bankers taking a broad approach to marketing businesses are behind us.

Middle-market sponsors are getting a head start when they use their executive networks to proactively pick the right leader before a transaction closes. Firms say this strategy offers them an advantage in other ways, too. These executives may actually introduce an acquisition target to a sponsor, who can then enter their bids with a management team already in place, which may give them a leg-up over other interested buyers.

Post Capital Partners, a private equity firm based in New York, built its “Executive First” investing strategy – finding executives first, then potential targets – with the goal of leveraging the expertise and connections of its executive partners. “The central idea is that the most important driver of value creation in a business we invest in is the quality of the senior leader,” says Mitch Davidson, managing director and co-founder of Post Capital.

Since its founding in 1999, Huron Capital, a PE firm based in Detroit, has had an executive-led market entry initiative, which it branded “ExecFactor” in 2013. The strategy sees Huron identifying an industry subsegment with an executive at its side to support growth of investment targets through add-on acquisitions.

Related content: Now Is the Time to Build Your Leadership Bench

According to Michael Zukas, principal at Huron,  this offers a “way to differentiate and helps us drive clarity in terms of the types of opportunities we are looking for before even knowing which company we’re going to pursue first. It can also put business owners at ease knowing they will be partnering with a private equity firm and executive with shared values and a shared vision for growth.

In August 2021, Chicago-based PE firm GTCR launched its new Strategic Growth Fund to support “The Leaders Strategy,” an investment approach that is centered on GTCR’s thesis of finding and partnering with executive-level leaders to identify, acquire and build market-leading companies in today’s highly competitive market. The fund closed in January with $2 billion of limited partner capital commitments.

John Kos, managing director of GTCR, says The Leaders Strategy is especially important when buying companies that don’t already have a management team, like corporate carve-outs or businesses with a founder who wants to transition out. “We’ve made our initial platform acquisition with a team that we really trust,” Kos says. “Then we can go out and aggressively compete against people who don’t have that team.”

Finding executives for a network is all about marketing, say middle-market PE investors.

Walter Florence, managing partner of Chicago-based PE firm Frontenac, says that in addition to reaching out to executives directly, the firm “never misses a chance to ask our friends in investment banking who they know.” Some business leaders with the greatest potential may be former CEOs looking to come out of retirement, or public company CEOs interested in going private again.

“For many public company CEOs, the job becomes more about governance, corporate structure and external relations, and it is no longer about building great teams to deliver great products and services for customers,” Florence says, adding, “You would be surprised how many executives had told us the most fun they have had in their career was running that smaller $50 million – $200 million division where they were empowered and could get their arms around all the issues and opportunities and really make a positive impact. Those are the executives that we want to work with.”

You would be surprised how many executives had told us the most fun they have had in their career was running that smaller $50 million – $200 million division where they were empowered and could get their arms around all the issues and opportunities and really make a positive impact.

One such leadership success story can be found in Oliver Amice. With an extensive history of executive roles within the pet services and supplies industry, Amice first met with Frontenac in 2008, but it wasn’t until 2014, he says, that “we came across a pet treat opportunity and agreed to pursue it together,” he says. That led to becoming CEO of Whitebridge Pet Brands, where he remains today.

Amice credits the firm’s long-term executive relationships with continuity in portfolio company leadership. “Their approach reduces the significant risk of needing to change the CEO in the first two years that you often see in deals,” he says.

He adds that a successful partnership requires the leader and sponsor to be on the same page in terms of their values, their perspective on management, and how they react to rough patches. “In my case, Frontenac and I had a long relationship before I became CEO of one of their companies,” Amice says. “We both knew we were compatible and complementary.”

And it worked out for Frontenac, too: In 2021, the firm exited Whitebridge, having grown the company’s revenue by 10x, according to Amice.

Just as the type of company and role varies for each member of an executive network, so too does compensation.

At Huron, “every CEO is unique to the situation,” says Zukas. “They’re not hired just because they develop a great ExecFactor idea. They must be seasoned leaders with the vision and capability to execute the value creation plan.” The firm offers executives upside potential through equity ownership and a competitive cash compensation package that scales with the platform. Huron also rewards executives who exceed their companies’ performance targets.

At GTCR, executives also invest their own money into the business, “so when we buy stock in the company, we buy with them and they buy the same stock we do,” says Kos. “We give them a portion of the upside that they generate through the carried [interest] pool.” It’s like options they don’t pay for, he adds: “They get the payout if they generate returns for investors and themselves.”

Financial returns and compensation are part of what make the investor-CEO partnership effective, but success also requires both parties to feel good about the arrangement, and even be willing to do it again.

During an interview on ACG’s GrowthTV, Michael Pfeffer, Davidson’s co-founder at Post Capital, described a successful partnership as one where each party can give the other a strong recommendation after selling the business. “To me, that’s the best determinant of success,” he says. “And I’ll go one step further: Can we do it again?”

By bringing on an executive they’ve worked with previously, private equity firms can save time, energy and money, and reduce the risk that comes with an untested leader. Instead, they can hire someone they know well and work with them again and again.

Jen A. Miller is a freelance writer and author of “Running: A Love Story.” She lives in New Jersey.