The evolving legal landscape and maturation of the cannabis industry have generated new interest and raised questions about where and when PE firms can get involved.

Although few U.S. private equity funds invest directly in cannabis, the evolving legal landscape and maturation of the industry have generated new interest and raised questions about where and when to get involved.

Cannabis businesses generally have relied on wealthy individuals, family offices or public markets for capital. Jeff Mathews, managing director at investment bank Ackrell Capital, estimates that by mid-2018, there were only six to 10 U.S. private equity funds that invest in the space. Today, he says there are 20 to 25, and they’re raising larger pools of capital—$50 million to $150 million funds, compared with $10 million to $15 million funds a few years ago.

Private equity remains largely on the sidelines, even as cannabis legalization has spread across the country. Colorado and Washington were the first states to allow recreational marijuana use in 2012. Since then, nine others have adopted legal recreational use, and 33 states now permit the use of cannabis for medical purposes.

The legal change has drawn some new funds to the industry and prompted others to graduate from ancillary businesses to outfits that touch cannabis directly, like growers and retailers. The industry’s growth also has spawned niche businesses like seed-to-sale tracking software, workforce management solutions and lab-based testing services, all of which are attracting investor interest today.

Too few quality companies and high valuations pose a challenge for deal-makers in many industries, but that is not the case in cannabis, where investors say there is plenty of opportunities and not enough capital.

As the industry has grown and cannabis businesses have proliferated, federal prohibition has largely prevented them from accessing credit. “They’ve had to rely on equity, which is expensive, but good for investors,” says Codie Sanchez, managing director at private equity firm Entourage Effect Capital, based in Fort Lauderdale, Florida.

Sanchez’s firm is among those serving the cash-starved cannabis market. Since it launched in 2014, the firm has invested in 43 companies. It invests across the cannabis value chain, and tends to look for businesses with $10 million to $75 million in revenue.

Early on, Entourage invested in cultivation businesses, multistate operators and real estate, but as the industry evolved, so did the firm. Its second fund moved away from cultivation and license-aggregation— buying up licenses in varying states to package and sell them—in favor of retail brands, biotechnology, technology and ancillary services businesses, in tandem with strong operators that are moving toward profitability.

Entourage has since increased its focus on sophisticated retail operations, particularly those with delivery capabilities, along with biosynthesis and consumer analytics, Sanchez says. The firm announced its third fund in October with a target of $150 million and indicated it will focus heavily on distressed opportunities.

Like Entourage, Salveo Capital invests across the cannabis value chain. The Chicago firm, which launched in 2016, began by investing in businesses that don’t deal with cannabis directly. “Ancillary companies can operate across state lines and internationally and they also require less capital,” says Managing Partner Michael Gruber. “Touching-the-plant companies have fewer sources of capital as they grow.” He adds that “the murky regulatory environment and shallow executive talent” were challenges to investing directly in cannabis early on, but that has changed thanks to the influx of executives from other industries like technology, finance and pharmaceuticals.

“We think the time is right now to jump on the cannabis private equity opportunity.”

Salveo, which typically co-invests with other funds, has since expanded the breadth of its investments. It currently has 20 portfolio companies that span growing and processing, manufacturing, retail, software and other cannabis subsectors.

Gruber points to several areas of high opportunity. Strong brands with the potential to scale nationally is one. Another is health and wellness. As the stigma around cannabis diminishes, Gruber expects people to seek out cannabis as part of their daily regimen, much like aspirin or herbal tea. “I feel the general trend is that more and more people will use [cannabis] frequently throughout the day in smaller doses—micro-doses, where they’re fully functional, but they get the health benefits,” he says.

Last year, Salveo led a Series A investment in KelSie Biotech, a company that leverages science and product development. The company has developed tablets that dissolve under the tongue to provide formulations of CBD and THC for a variety of applications, such as improving sleep.

Gruber also cites testing and compliance as an area of opportunity. Vaping-related deaths drew attention to the products’ safety. As a result, he expects to see more regulations for cannabis and hemp, creating demand for testing labs and services.

While deals abound in the cannabis industry, private equity is treading cautiously.

Discomfort with federal prohibition or stipulations in bylaws are among the reasons funds have abstained from cannabis investing. Those that are active tend to have an exclusive focus on cannabis because of the expertise needed. “The industry is pretty diverse and requires a lot of attention to understand nuances from state to state, country to country and market to market,” Mathews says. It also can be difficult to persuade traditional institutional investors to buy in, he adds.

Even as their own funds wait it out, some private equity firm partners are committing to cannabis funds as limited partners to gain experience in the industry. “Private equity GPs do it to learn quickly,” Sanchez says. “I anticipate going forward that learning curve ramps up and they start investing in companies directly.”

The scarce capital available in the industry is spread widely, creating “a slew of small providers,” Sanchez says. “The diffusion of capital means people are not allocating capital to create kings of each sector. We aim to change that by creating an ecosystem of investors, and companies that can be king-makers.”

If and when cannabis is legalized federally, large consumer goods brands, agriculture giants, retailers and other corporations likely will look to acquire cannabis businesses. “If you have one of them that has scaled, you’re likely to be an attractive target,” Mathews says. He points to Constellation Brands’ acquisition activity in the Canadian market as a sign of what’s to come in the U.S.

Federal legalization is likely several years away, but prohibition isn’t necessarily a bad thing for investors.

While acknowledging the positive benefits of decriminalization and access for consumers, Sanchez says that “for investors, it’s actually OK if we have a few more years pre-legalization. It gives companies longer to incubate before large conglomerates come in to buy them and compete.”

The SAFE Banking Act could become law before nationwide legalization, although Sanchez doesn’t expect it to pass this year. The bill, which would enable banks to lend to cannabis companies without legal repercussions, was passed by the U.S. House of Representatives and awaits a Senate vote.

Once companies have more access to credit, either through a cannabis banking bill or broader legalization, it could cut into investors’ advantage.

“Eventually, these companies will have differentiated funding sources,” Sanchez says. “That’s why the limited capital that exists and the incredibly depreciated valuations mean we think the time is right now to jump on the cannabis private equity opportunity.”

Kathryn Mulligan is the editor-in-chief of Middle Market Growth. 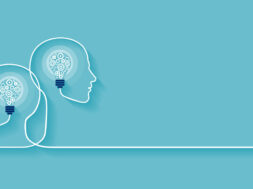 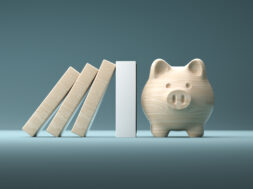 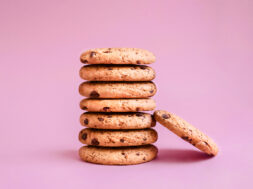 Unpacking the Performance of Branded Food Cos.