That’s how John Sypek closes his work emails, and it’s more than just a well-wishing pleasantry. It’s the foundation of his company. Sypek is president and CEO of Area Wide Protective (AWP), which provides temporary traffic control, mainly for roadside utility workers. Each day, his front-line employees try to ensure safety for clients, motorists and themselves. He knows what they’re up against.

Distracted driving isn’t a 21st-century invention: Consider that in 1956, Chrysler installed phonographs in some of its vehicles. But the widespread use of smartphones— including texting and social media apps like Snapchat—has shifted too many eyes off the road. In one survey of more than 1,900 U.S. drivers, 23 percent of respondents said they had seen people take selfies while behind the wheel.

On the face of it, that protection is fairly low-tech, with little change over decades (think orange plastic cones, flags and stop/slow paddles). But when you deploy more than 2,000 workers daily in 19 states—as AWP does—a surprising amount of technology exists in the background, streamlining business processes and reducing safety risks.

Those upgrades were made possible by private equity investment, most recently by The Riverside Company, which acquired AWP in 2015. “We have the blueprint in place to more than double the size of the company within a couple years of our initial investment,” says Ryan Richards, a Riverside principal. Without strategic improvements in AWP’s tech, that growth potential would be severely limited. Says Sypek: “Technology is critical to successfully meeting our customers’ expectations for reliable, flexible service and in scaling our capabilities.”

On the face of it, that protection is fairly low-tech, with little change over decades (think orange plastic cones, flags and stop/slow paddles). But when you deploy more than 2,000 workers daily in 19 states—as AWP does—a surprising amount of technology exists in the background, streamlining business processes and reducing safety risks.

Those upgrades were made possible by private equity investment, most recently by The Riverside Company, which acquired AWP in 2015. “We have the blueprint in place to more than double the size of the company within a couple years of our initial investment,” says Ryan Richards, a Riverside principal. Without strategic improvements in AWP’s tech, that growth potential would be severely limited. Says Sypek: “Technology is critical to successfully meeting our customers’ expectations for reliable, flexible service and in scaling our capabilities.”

ENTER BLUE POINT
AWP’s first outside investor was Blue Point Capital. When it sought investment opportunities for its second fund, worth $400 million, it didn’t hunt specifically for traffic-control companies. It had a broader target: outsourced services for utilities. To comply with regulations and improve business models, utilities increasingly outsource non-core functions, says Sean Ward, a Blue Point partner. Workzone regulations can vary between municipalities, and when utilities don’t adhere to the rules, they can be cited for non-compliance by inspectors. When an auto accident occurs at a non-compliant site, it can create legal liabilities—not to mention bad publicity.

Although AWP does handle some special events such as marathons, revenue mainly comes from traffic services for utility maintenance and power outages. The nation’s aging infrastructure also keeps AWP busy, including water-main breaks and bridge repair. According to the American Society of Civil Engineers, about 240,000 water-main breaks occur annually in the United States, and one in nine U.S. bridges is considered structurally deficient.

After considering a range of outsourcing businesses for utilities, including tree trimming, Blue Point recognized the significant growth potential in AWP, which is based in Kent, Ohio, just 40 miles from Blue Point’s Cleveland headquarters. In roughly 80 percent of its transactions, Blue Point has been the first private equity investor, Ward says. That trend continued with AWP, which joined Blue Point’s portfolio in August 2008; the firm won’t disclose details but says the investment fell within its typical range of $10 million to $50 million.

Blue Point quickly brought in a CFO and implemented financial systems that provided real-time data. About 96 percent of AWP’s expenses are tied to labor, vehicles and fuel, and the CFO found ways to manage those variables better, Ward says.

For example, before Blue Point, AWP didn’t hedge its fuel costs. Most of its client contracts specified an hourly rate (and still do), and when fuel prices increased, that hurt profit margins. AWP now buys forward a portion of the fuel it uses. “That led to some pretty attractive savings and allowed us to quote business with a higher understanding of our base costs,” Ward says.

In 2009, Blue Point expanded AWP’s territory further south, acquiring Smyrna, Georgia- based U.S. Traffic Technologies. By June 2015, AWP’s EBITDA had increased more than 600 percent since Blue Point’s investment, with more than 75 percent organic growth. At that point, Riverside stepped in to acquire Blue Point’s majority investment (Blue Point reinvested and remains a minority holder in AWP). The investment was part of a $1.5-billion fund—the largest Riverside has raised so far.

Riverside was impressed with AWP’s strong growth, which positioned the traffic-control company as a market leader, says Richards, the Riverside principal. With AWP, Riverside saw favorable nationwide trends, including a steady climb in spending for U.S. infrastructure maintenance and construction. According to the U.S. Energy Information Administration, investment in new electricity transmission reached $14.1 billion in 2012, up from $2.7 billion in 1997.

LEAVE IT TO THE PROS
By outsourcing traffic control, utilities can reduce risk and labor costs, says Tom Anderson, a Riverside operating partner. When they handle the process in-house, “it’s kind of a pain in the neck for them,” he says. “Their expensive labor—often unionized labor—will be doing traffic control. It’s not what they are trained to do.”

At AWP, flaggers receive at least 20 hours of training before entering a work site and at least 40 (and traffic control specialist certification) before they can drive a company vehicle. That’s more than double the training hours provided by others in the industry, Sypek says.

“Our No. 1 priority, the thing we think about all the time, is providing safe and reliable traffic control specialists in field,” Anderson says. “That’s easy to say but hard to do.”

For starters, it can be a thankless job. “They don’t get tremendous respect because some people think they are just standing there,” Sypek says.

Among other things, “just standing there” can require more than eight hours a day in extreme cold, heat or rain. It can also be dangerous. Vehicle crashes in work zones injured 30,500 people in 2014, according to the National Safety Council.

With the job’s reputation—and a starting wage of $10 to $12 per hour for entry-level employees— it’s no surprise AWP struggles with retention (as does the entire traffic-control industry). So during the past year, the company created better opportunities for promotion and wage increases. But that still leaves AWP with a vetting problem. Turnover for flaggers is more than 100 percent a year, and some months AWP hires more than 500 entry-level workers from a pool of about 5,000 applicants, Anderson says.

“Our No. 1 Priority, the thing we think about all the time, is providing safe and reliable traffic control specialists in field. That’s easy to say but hard to do.”

After reviewing job requirements, would-be flaggers fill out an online questionnaire that predicts their safety and reliability. “In a matter of minutes, we understand if the candidate is well suited for the role and we can reach out to them for an interview,” says Richards, adding that the hiring process used to take two weeks or more. With the new applicant tracking system, it’s three to five days.

Hiring isn’t the only process improved by technology. In 2016, the company started using a centralized scheduling process, based on proprietary cloud-based software that takes customer requirements for more than 1,000 jobs each day, and matches them with capabilities and locations of AWP’s traffic control specialists. Each evening, more than 2,000 AWP workers receive automated texts with job details for the next morning. The workers confirm their schedule through a proprietary app.

NAVIGATING COMPLEX WORK PLANS
That’s something Nick Austin appreciates. He’s director of operations services at the Cleveland Electric Illuminating Co., which supplies power to about 750,000 northeast Ohio residents. The utility uses in-house traffic control for less-complicated jobs, but enlists AWP for about half of all roadside projects— many with last-minute changes. “The work plan that was laid out the week or month before is probably only 20 percent good, given weather conditions or other things,” Austin says. “AWP has shown it can roll with the dynamic nature of our scheduling.”

Most of his crews consist of two or three people—at least one worker is suspended in a bucket 40 feet above ground, and another stands below, overseeing the project. Traffic rarely receives their undivided attention. “[AWP’s] job is to pay attention to those things, as opposed to having a lineman keeping an eye on his buddy in the air and also holding a stop sign,” Austin says.

Previously when AWP created project work tickets, it relied on paper documents and a cumbersome process. The documents were collected at local facilities and sent to corporate headquarters, reviewed for accuracy and entered into the system. In 2016 AWP went paperless. Workers use tablets to fill out work-ticket information and submit it electronically to the corporate office, which reduces errors. Employees also use the tablets to confirm job completion with clients’ electronic signatures. What’s more, the tablet’s camera allows them to document proper setup of the work site.

Technology also nudges employees toward safer driving. This year, the company added a GPS system to its fleet of more than 1,400 trucks, and it tracks driver behaviors like sudden braking or speeding. AWP encourages managers at each facility to reward drivers who have top driver-safety scores with gift cards, AWP apparel and public recognition, Sypek says.

“When we first learned about traffic management, we found that you can go to any small town and find a company doing this,” Richards says. While the barrier to entry is low, the barrier to scale is high—and that benefits AWP. “The utilities place a lot of value on being able to go to a large player…as opposed to cobbling together 10 different providers to cover their regional footprint,” he says.

“We have the blueprint in place to more than double the size of the company within a couple years of our initial investment.”

Amid the ongoing expansion, AWP’s metrics still reflect its mainstay safety emphasis, Sypek says. “One thing we look at is hours driven between occurrences, and over the last few years that’s continued to improve each year.”

He’s also noticed a meaningful improvement in perception of the industry overall. “Before, I think traffic control was looked down upon,” he says. “It’s like, ‘Well, anybody can put out a cone and hold out a stop-and-slow panel.’ I really see that changing now.”

S.A. Swanson is a business writer based in the Chicago area. 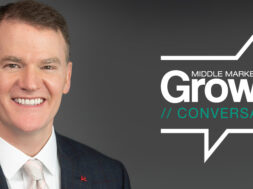 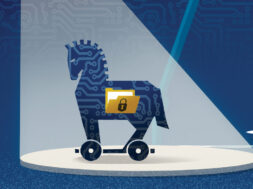 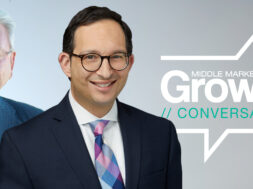