Many middle-market companies had been scrambling to meet a Dec. 1 deadline for an updated rule that would have extended overtime pay to more than 4 million workers.

Many middle-market companies had been scrambling to meet a Dec. 1 deadline for an updated rule that would have extended overtime pay to more than 4 million workers; now they have been given a reprieve. Post-election, it was no longer clear if the updated rule—written into law through regulations issued by the Department of Labor—would be enforced or if it might be eliminated or modified under the approaching Trump administration.

The rule would require employers to pay overtime to salaried workers that earn less than $47,476 a year, or $913 per week, roughly double the previous annual threshold of $23,660. Adding to uncertainty for employers, on Nov. 22 a federal judge issued a temporary injunction halting implementation of the rules, pending litigation, because by increasing the salary level so dramatically, and by including automatic increases to the salary level, the Department of Labor “exceeds its delegated authority and ignores Congress’s intent,” the presiding judge wrote.

Even before the ruling from the U.S. District Court for the Eastern District of Texas, President-elect Donald Trump had said he would review the updated overtime rules. Now, assuming an appeals court does not overturn the injunction, companies can ignore the updated rules and wait for either the courts, the Trump administration or Congress to provide clarity.

Many employers today pay workers’ salaries below the updated threshold for what’s often deemed white-collar work, such as administrative or professional tasks and/or managing staff. These jobs previously have not been eligible or mandated for overtime pay. The new rule change caused a rush of activity in a variety of industries, from hospitality and retail to professional services, as employers worked to reorder their staff pay grades to make room for the change.

In its ruling, the court said Congress did not intend to effectively replace a white-collar job duties test with a salary-level test. The court also ruled that it is likely the assertion that the Department of Labor lacks authority to demand automatic increases every three years could be upheld. The injunction preserves the existing regulations while the court reviews the DOL’s authority to make the new rule, as well as the rule’s validity. Still, the new overtime rule could be implemented after review. However, with the incoming administration and Congress opposed to the updated regulations, employers should expect significant changes and remain in a difficult spot.

The 5th Circuit could overturn the injunction (the government appealed it on Dec. 1), Congress could pass legislation nullifying the rule, the Trump administration could make changes, the court could invalidate the regulations or it could uphold the rule.

An appeals court could overturn the injunction (assuming the court’s decision is appealed), Congress could pass legislation nullifying the rule, the Trump administration could make changes, the court could invalidate the regulations or it could uphold the rule.

Given all that uncertainty, what should employers do?

• Since the injunction keeps the status quo, employers can act in accordance with the current rule. However, they must still comply with any local or state labor laws that offer more protection than federal law.
• Companies that have already undertaken an audit of employee pay rates and job descriptions and taken action to ensure that the overtime rules are accommodated—perhaps giving employees a modest raise to bump them over the threshold or changing their hourly rate to ensure there would be no extra pay owed for overtime—could continue with those plans, understanding there are no current enforcement provisions.
• If the DOL’s appeal is successful, employers would have to adhere to the updated overtime rule. However, even after such a successful appeal, given the opposition to the rule from President-elect Trump and Congress, the rule could then be suspended.
• Employers should consider the long-term effects of any action. For example, if an employer chooses to do nothing or revert back to the status quo while the updated overtime rule is being reviewed, an employee could possibly sue for back pay in the event the updated overtime rule is finally implemented.
• Employers should also consider the disruption to company culture from switching employees’ status between nonexempt and exempt.

As written, the new rules are unlikely to raise the wages for many workers because there were easy ways that employers could avoid that outcome. For example, workers previously considered exempt but earning below $47,476 who would have qualified for overtime could have been converted to be hourly employees at a suitable hourly rate to be wage neutral. Employers that were well organized could have left their wage expenditures essentially unchanged.

While the new administration may change the federal rule, some states or localities could institute similar rules. Benefits administrators and human resource professionals in those states should monitor the situation closely.

If the Trump administration doesn’t throw out the new rule entirely but chooses to modify it, there are improvements that could be made. For example, the new overtime pay rule impacts employees at small nonprofits engaging in interstate commerce, a definition that’s very broadly interpreted. This means that a variety of nonprofits, from associations to churches to chambers of commerce, could potentially face overtime payments to employees.

Policymakers should consider exempting additional types of employers from these rules, such as small nonprofits and small businesses with revenues of less than $1 million. Also, phasing in the changes to the threshold over several years would certainly benefit many businesses.

Whatever companies decide to do in the coming months, they should communicate with employees what changes are coming and how their wage structure might be affected. 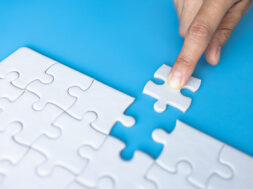 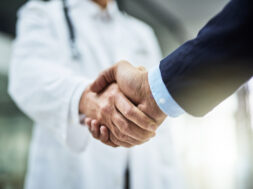 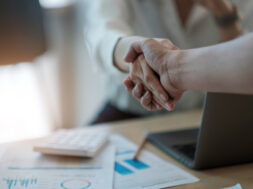