Innovation was the overriding message at the Washington Technology Showcase: Building the Innovation Bridge, an event produced jointly by ACG National Capital and the not-for-profit MITRE Corp.

Matching emerging technologies with investors that can bring them to market remains vital amid growing threats to national security such as cyber warfare.

That was the overriding message at the Washington Technology Showcase: Building the Innovation Bridge, an event produced jointly by ACG National Capital and the not-for-profit MITRE Corp. MITRE operates as a strategic partner with industry and academia to take on technology challenges in the military, law enforcement, health care and other environments.

“Creating bridges to those investments is critically important,” said MITRE President and CEO Al Grasso in opening remarks at the Dec. 2 event. MITRE sprung from the computer lab at Massachusetts Institute of Technology in the 1940s and was responsible the first large-scale digital computer. It now employs some 7,000 employees in its facilities in McLean, Virginia and Bedford, Massachusetts.

The D.C. region’s technology transfer function is “not as good as we’d like,” Grasso told more than 100 engineers, entrepreneurs, investors and other attendees at the organization’s sprawling McLean campus.

Featured at the program were panels addressing digital and anticipatory intelligence, information sharing, and autonomous systems. Speakers included representatives from MACH 37, an accelerator of cybersecurity products; the National Security Engineering Center, a federally funded research and development center run by MITRE on behalf of the Department of Defense; CargoSense, a provider of logistics tracking data; and Cyph, which offers message encryption services, among others.

Facilitating innovation at companies large and small was the event’s common thread, as presenters tackled thorny issues such as what distinguishes actionable ideas from those destined to stagnate.

“We have lots of ideas but if they don’t go anywhere it doesn’t matter,” said panelist William LaPlante, vice president of the National Security Engineering Center’s Intelligence Portfolio. He stressed that entrepreneurs in the region should look for innovation bright spots within the federal government such as the U.S. Air Force Rapid Capabilities Office, which is charged with green-lighting new technologies.

“Seek out the parts of government … that are doing those innovative things,” said LaPlante, a former assistant secretary of the Air Force, later adding: “We’ve got to come up with game changers, just like what happened in the 50s.”

The panels were followed by demonstrations of a range of technologies, including predictive analytics that could be used to track crime activity, cybersecurity for web-controlled medical devices and more.

Teaming up with MITRE, which has an ear to the ground for up-and-coming technologies in a wide range of industries, was a natural fit for ACG National Capital, said Denis O’Sullivan, a local wealth manager and the ACG National Capital board member who spearheaded the event on behalf of the chapter.

“Washington doesn’t have the appropriate representation for technology,” O’Sullivan said. “What we really want to do is (foster) the breadth and depth of the Washington, D.C. tech community.” 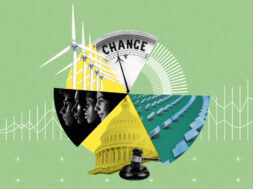 How ESG Is Changing the M&A Landscape 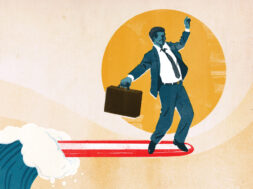 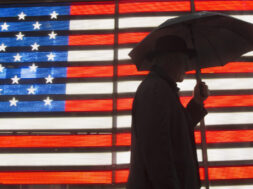