Long-time middle-market investors in the Windy City were some of the biggest fundraisers this year, while specialty funds on the East and West Coast rounded out the list. 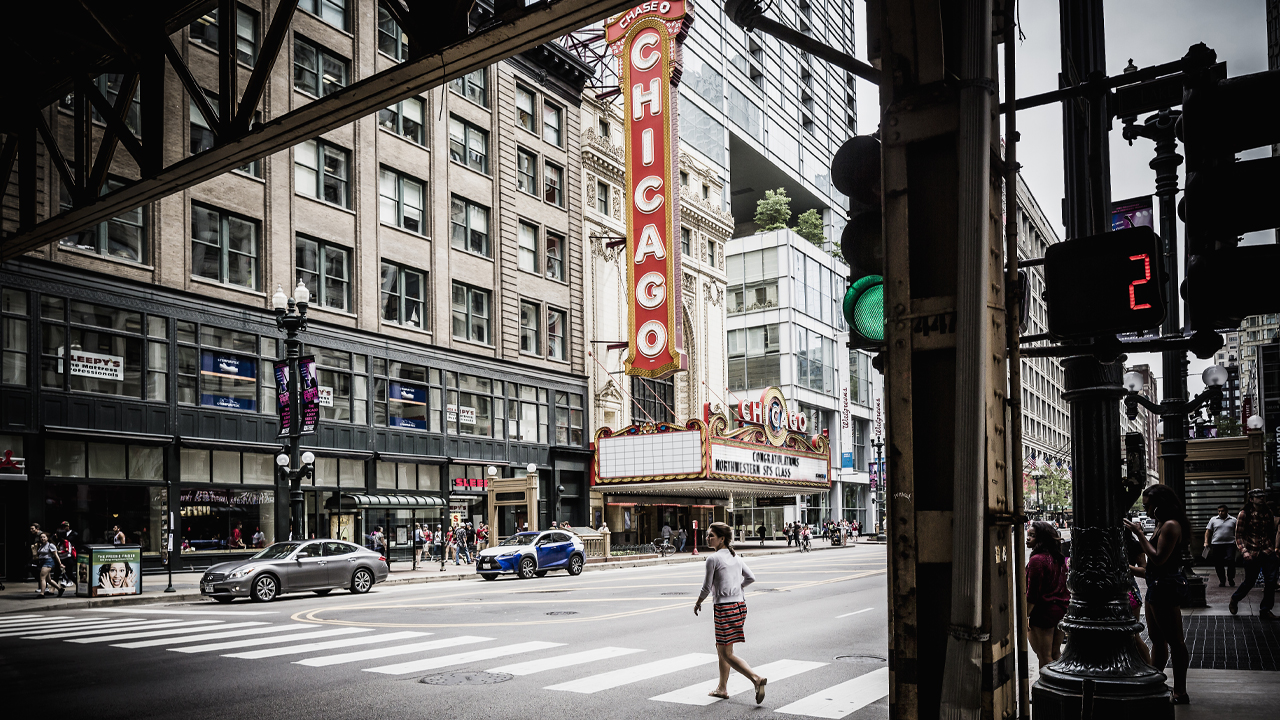 This story originally appeared in the Fall 2021 print edition of Middle Market Dealmaker magazine. Read the full issue in the archive.

Private equity fundraising is going strong this year, undeterred by the pandemic. Forty-two U.S. mid-market private equity funds were raised in 2021 through mid-July, according to alternative investment data provider Preqin. Those funds collected $37.2 billion compared to 77 funds and $68 billion in all of 2020. In 2019, the total raised was $50 billion across 58 funds.

Of the seven funds highlighted in Middle Market DealMaker’s inaugural fundraising report, three were household names in Chicago—thought by many to be the heartland of middle-market investing.

Madison Dearborn Partners closed its eighth fund at its $5 billion hard cap in June, according to Pensions & Investments. The firm has invested in U.S. middle-market companies since 1992 and takes its name from the location of its offices at the intersection of Madison and Dearborn streets in downtown Chicago.

Pritzker Private Capital collected $2.7 billion for its third fund in July. The firm is the investment arm of the wealthy Pritzker family that built its fortune by founding and expanding the Hyatt Hotels. The fund money was raised from other family offices, LPs and international investors. The Pritzkers are long-time investors and entrepreneurs in the Chicago area. J.B. Pritzker is currently serving as governor of Illinois, while his brother Anthony Pritzker heads up the investment firm.

It’s very difficult to meet someone virtually for the first time, build that trust and convert them into a new investor.

Also in Chicago, Wind Point Partners, which got its start in 1984, closed its latest fund with $1.5 billion in February. The firm touts its executive network of former public and private company CEOs, who provide insights to portfolio companies.

Even though these fund managers are raising ever-larger funds and can do bigger deals, many are still focusing on the middle market, with Wind Point targeting $100 million-$500 million enterprise value companies.

Pritzker Private Capital has a wide band around its target size that includes the middle market. The firm’s sweet spot is in the $200 million to $1.5 billion EV range, says Michael Nelson, head of investing.

Pritzker typically targets manufacturing, food, packaging, healthcare and specialty materials companies. “We see opportunities that many others don’t and most of our investments are done outside of the auction process,” Nelson says. The firm typically invests in family-owned companies or those that have management teams as significant stakeholders. 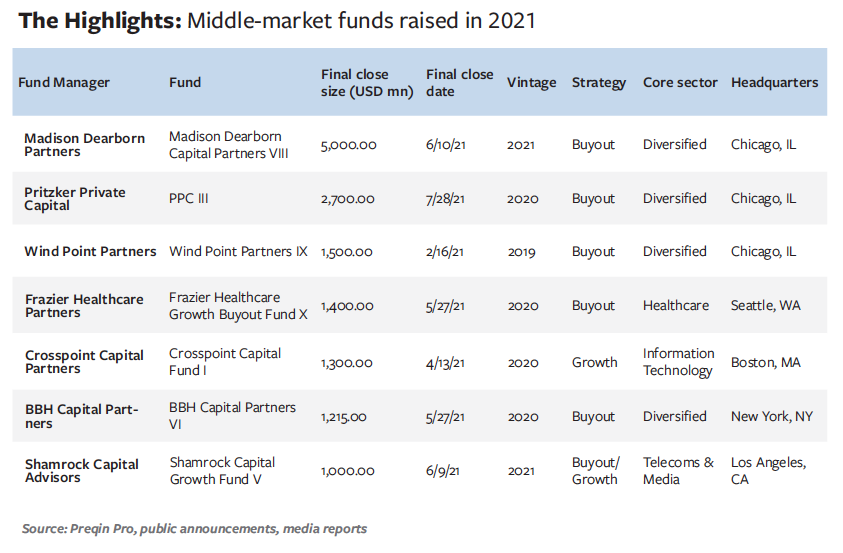 The PPC III fund has made two investments so far: ProAmpac, a Cincinnati-based flexible packaging company that specializes in food service and retail, and Vertellus, an Indianapolis-based specialty chemicals manufacturer. Nelson says his firm was drawn to ProAmpac’s “strong leadership team and focus on sustainability,” as most of its materials are recyclable.

The investors in the PPC III fund were all returning clients from the previous PPC II fund, which raised $1.5 billion in 2018. The firm has grown its client base among European and Asian investors in recent years, Nelson says.

Like Pritzker Private Capital, Seattle-based Frazier Healthcare Partners also saw more investment from international LPs, according to Ben Magnano, managing partner at the firm. Frazier closed its 10th fund at $1.4 billion in May. The firm invests exclusively in healthcare. The sweet spot for its target companies is around $20 million-$40 million in EBITDA.

Most of our deals are done outside of the auction process.

In the past two funds, Frazier’s clientele has increased significantly among investors in Europe, Asia and the Middle East. They now make up about 35% of the LP base—up from 15% previously. Most of the LPs in the recent fund are re-ups, Magnano says, as it’s hard to find new investors that Frazier executives haven’t met in person. “It’s very difficult to meet someone virtually for the first time, build that trust and convert them into a new investor,” Magnano says.

Nevertheless, the recent fundraising effort was successful, with the current fund raking in almost double that of its $800 million predecessor. The firm is focusing its investment efforts on tech-enabled healthcare and pharma services right now.

Frazier’s first investment from the new fund was the purchase of a 50% stake in CSafe Global. The Dayton, Ohio-based company provides cold storage and shipping services to pharma and life sciences companies. “CSafe telemetry solutions allow customers to know where their products are at any given moment in real time,” Magnano explains. 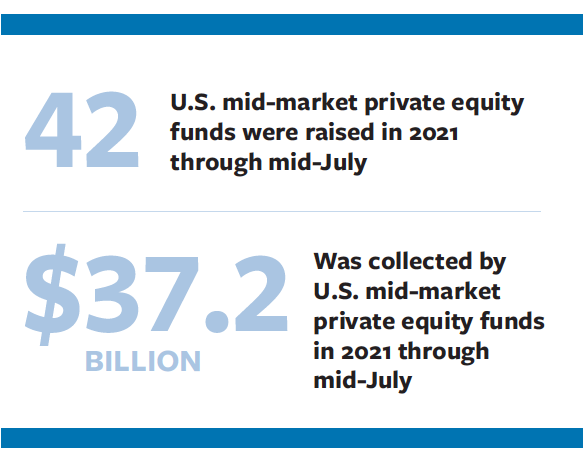 Rounding out the list of notable mid-market fundraisers so far this year is Shamrock Capital Advisors, an investment firm in Los Angeles that collected $1 billion for its fifth fund in June. The West Coast firm specializes in media, entertainment and communications.

On the East Coast, Crosspoint Capital Partners in Boston closed its first fund at $1.3 billion in April. The vehicle focuses on cybersecurity and infrastructure software. The firm’s senior management hails from Symantec, other large tech companies and big private equity players like Bain Capital, Thomas H. Lee Partners and HGGC.

Anastasia Donde is the senior editor of Middle Market Dealmaker.