More GPs are exploring minority investing—but agreeing on terms is not easy, and founders have more options than ever before. 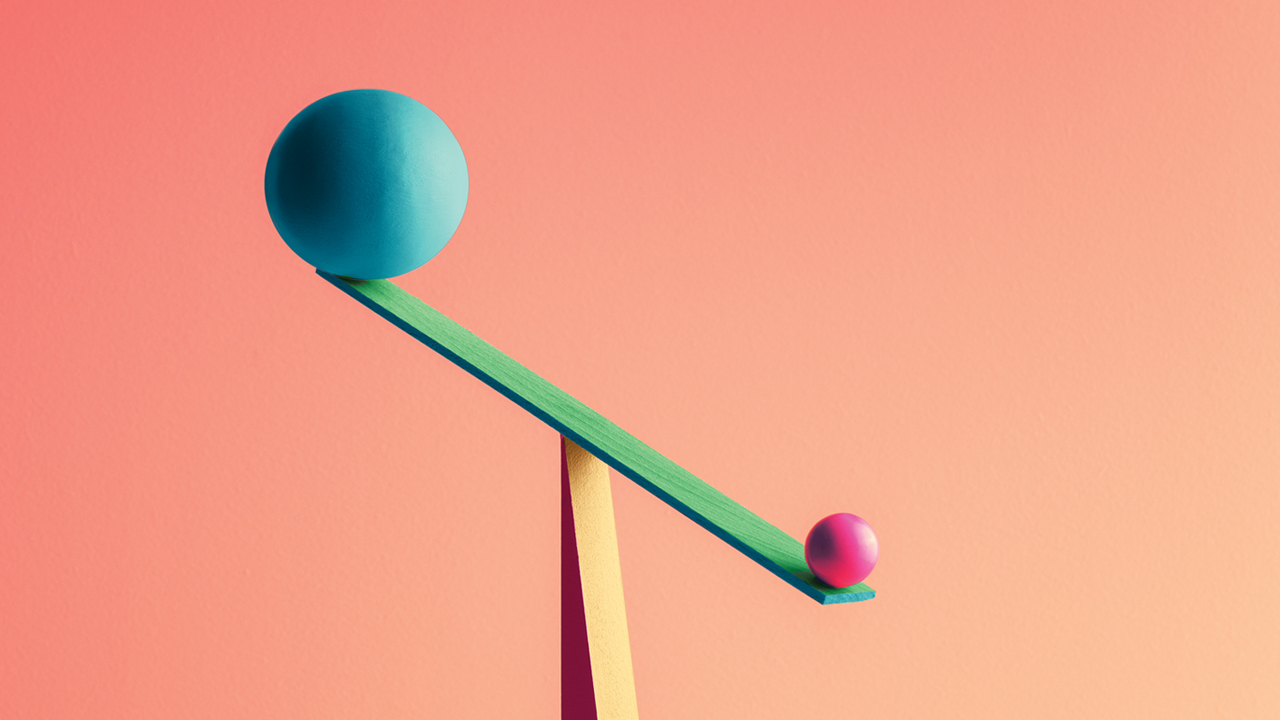 This story originally appeared in the Fall 2021 print edition of Middle Market Dealmaker magazine. Read the full issue in the archive.

The new hot thing in private equity isn’t a new type of company or an innovative technology— it’s a shift in control. More sponsors are adding minority investments to their strategies as competition for deals continues to rise and founders exert more power in negotiations.

According to a recent Mergermarket survey, 98% of private equity respondents said that they had taken a non-controlling stake in a business. Of that group, 85% said that the level of minority transactions they were doing had remained consistent or increased over the past 12 to 24 months. In some cases, GPs are also opting to retain a minority investment upon exit of a company they already have in their portfolio.

These data track with what Nicolas Stone, managing director of Cyprium Investment Partners, is seeing in the market. Chicago-based Cyprium focuses specifically on minority investments. “We’ve seen a number of GPs extend their investment strategies to include minority investments as an alternative,” he says. “I think some of it is a function of how much capital is in the market right now that needs to be put to work, and it can be a way for some sponsors to expand their funnel.”

All minority investments are not the same. For instance, sellers should not be confused that club deals are necessarily minority deals.

David Magdol, President and CIO, Main Street Capital Corporation, agrees. He notes that not all of the activity is sponsor-driven; more founders are considering minority investments now before changes to the capital gains tax proposed by the Biden administration take effect. If passed, those tax increases could impact the economics of a minority investment if a founder stands to profit from the transaction.

“We’ve seen increases in M&A activity like this in the past,” says Magdol, whose firm focuses on the lower middle market and makes both control and non-control investments. “Business owners that have reinvested into the business time and again start looking at minority investments and other growth alternatives ahead of a tax change so that they can have a liquidity event now and benefit from the upside/growth in the business.”

With all this activity, it may be tempting to assume that this is the next phase in a maturing private equity market. Although that’s largely true, there are still some risks involved for both sponsors and founders.

As middle-market firms already know, anytime new private equity sponsors show up to an established part of the market in an effort to extend their strategies, it can have a knock-on effect on deal flow and deal terms.

Cyprium’s Stone notes that many of the larger funds that have added minority investing to their menu of options often use the idea of a non-controlling stake to try and convince founders to sell outright or accept a control-in-effect deal—an arrangement that essentially gives a sponsor control by other means, like adding additional board seats, funding acquisitions through debt, or pushing to sell the company when the investment period ends. In some cases, the sponsor will decide to pass on the transaction at the last minute. Taken together, these moves can have a cumulative effect of making founders more skeptical of working with private equity overall—even firms that specialize in minority deals.

“The issue for a lot of these sponsors is that if you’re a control investor, it is going to be very difficult to relinquish that control,” Stone says. “So they include terms that give them control of the board even if they only have a 45% stake, or they have other terms that put the company on the path toward a sale according to their timeline—which may not be what a founder ultimately wants to do. In true minority investing, you’re not exerting that level of pressure. You’re working with the founder on growing their business, not setting it up to be sold.”

Paul Carbone, president and managing partner, Pritzker Private Capital, a family office that makes minority investments through its own investment vehicles, adds that sellers should also consider the rise of the so-called “club deal.”

“All minority investments are not the same. For instance, sellers should not be confused that club deals are necessarily minority deals,” he says. “If you have three firms each owning a ‘minority’ share but they share common approaches and goals, then you could have a club structure which collectively owns a majority of a business—and that’s ultimately a control investment. Sellers need to be aware of how the economics break out, the interests and motivations of their partners, and what is actually being negotiated.” 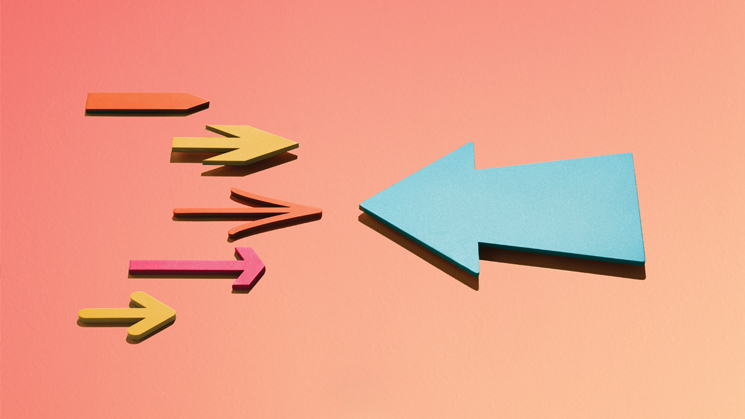 On the surface, a minority investment may not seem as complex or all-encompassing as a buyout, but that doesn’t necessarily make it easy. Depending on how a deal is structured, the ultimate endgame for a minority investment can be more open-ended than a control deal. That’s a shift in perspective that may be difficult for GPs that are used to hard limits on holding periods and a finite set of exit strategies.

“Minority investors have a lot of options available to them in terms of what they want to do in a partnership,” Magdol explains. “We have worked with companies in the past where we made an initial minority investment and over time became majority investors. If you are working closely with the management team of a company and you have become a partner to them, that relationship can evolve.”

Family office investors like Pritzker Private Capital that are willing to take a minority position have a similar set of options for choosing to continue investing in a company if it makes sense. “Our investments aren’t structured in the same way as a private equity firm,” Carbone says. “We also have a different time horizon than traditional private equity,” he adds. “We can afford to be patient and continue to work with businesses that we feel are on a strong growth path. Traditional private equity is bound by a shorter-term business model which often results in a very different approach and mindset and often requires a short-term exit in something like three to five years.”

All the other factors that go into making any investment a success still apply with minority stakes. And in some cases, they have a greater impact. Since minority investors are going to be working closely with management on growing the company, personalities and motives must be aligned as well. Anthony Maniscalco, managing partner and head of Investcorp’s Strategic Capital Group, says that these factors often make or break a deal.

“If we are looking at two deals that are very similar, chemistry can often be the deciding factor,” he explains. “We also want to understand why someone is doing a deal. If you have a young founder that is wanting to take money off the table right now because of tax changes, for example, that could be a red flag for us. If it’s an older founder wanting to do something like that, it could make more sense if they’re nearer to retirement, for example.”

Even if the era of easy money and low capital gains tax were to end, it seems unlikely that minority investing will slow down.

The amount of capital that investors are putting into private equity has expanded the market significantly and for the long term. Plus, comments from LPs suggest that they are open to working with sponsors that focus on minority investments—provided the rates of return meet or beat expectations. From the LP side, working with a firm like Cyprium or others that focus on minority positions is just another type of private equity.

There is a lot of attention being focused on minority equity deals right now because of proposed federal tax changes and the economic recovery.

The sponsors doing these types of deals say they anticipate a bigger opportunity set over the long term. “There is a lot of attention being focused on minority equity deals right now because of proposed federal tax changes and the economic recovery, but those aren’t the only factors business owners consider when they decide they want to explore an investment,” Magdol says. “At the end of the day, the tax rules have a much lower impact on the ultimate value they can receive than if their company can grow faster with the right partner. That’s really what they should look at when they decide to pursue a minority investment.”

“We’re ultimately working with companies toward a specific objective,” he says. “Maybe that’s helping them with an acquisition, helping them reach a growth goal, whatever it is. And our goal is to help them complete the objective without having to sell the company or lose control.”

Whether control funds keep minority stakes on the menu is an open question. Using a minority transaction as an enticement into a bigger deal or as a business development strategy is a tricky gambit for control funds, because it raises issues of transparency and trust. If a founder gets to the table with a sponsor only to discover that they are being pushed toward control-in-effect or a buyout, it can sour the relationship. This is especially true in a market where there is capital readily available for true minority transactions that don’t include control-style terms.

But when it comes to investors that are genuinely working with founders to achieve their goals, the non-control approach will likely have staying power. “That’s a scenario that founders appreciate and it’s a tool that is available throughout the cycle,” Stone says. “So from our perspective, we think this is a long-term investment strategy.”